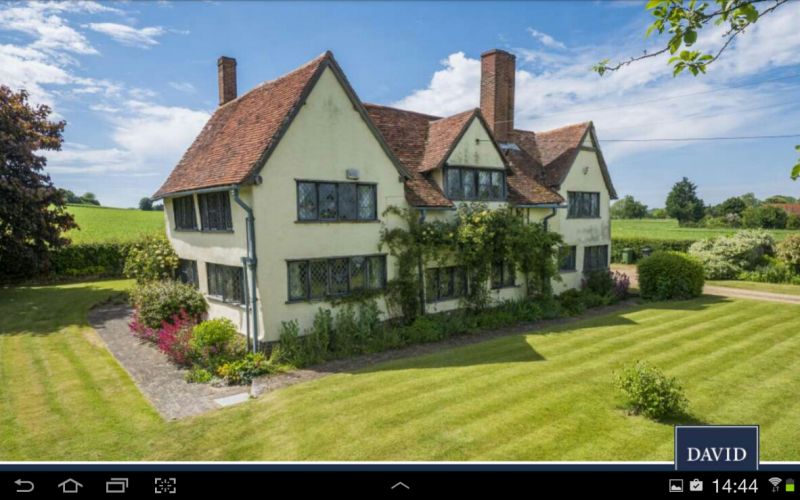 House, former farmhouse. C16 and earlier. Of 2 storeys and of timber framing
and plaster. Roofs are of clay pegtiles. H-plan form with unjettied crosswings
at north and south and one storey and attics C20 rear extension with pegtile
roof and large gabled dormer. Front has large gabled dormer in unraised hall
roof and very tall 'L' plan stack, off-centre on the ridgeline. Windows are
very wide leaded light C20 casements but one blocked diamond mullioned window
appears in the first floor wall. North elevation has exposed framing showing
blocked windows, cranked braces and halved and bridled scarf joint. The
crosswings have soffit tennoned floor joists and appear to be of the early C16.
The hall is earlier, but with crown post roof with thin bracing probably C16.
One bay of hall was floored as first built supported on a stretcher beam at
first floor level and only one bay of the roof is soot blackened. The north
crosswing was the solar/parlour end. RCHM 7.