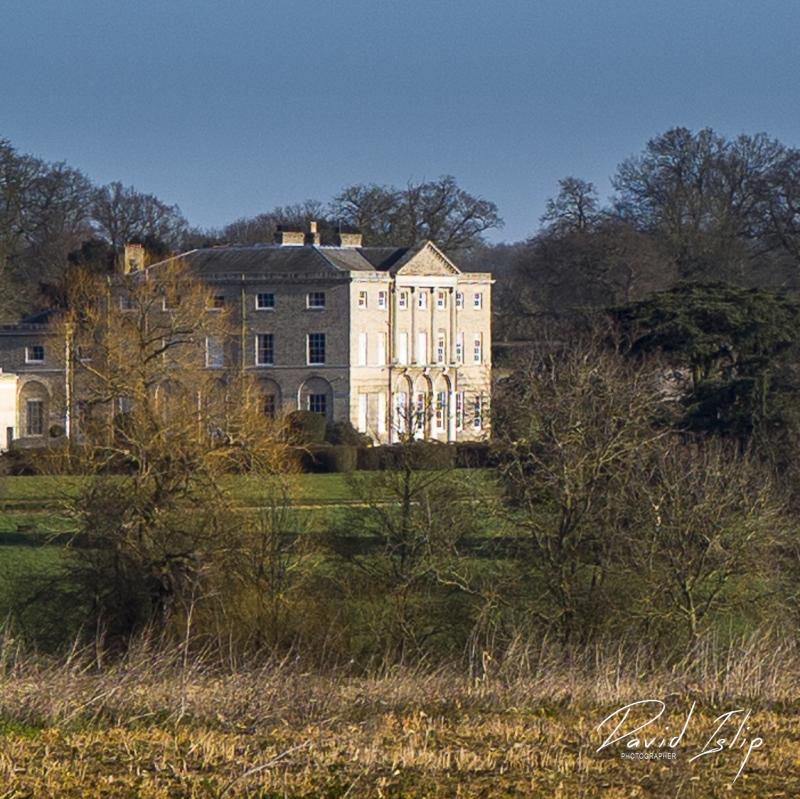 Two-storey extensions to the southwest elevation enclosed a recessed porch and converted this to the entrance elevation. Long wings of one storey and attics extend obliquely forwards (to north-north-east and west-south-west). Northwest elevation, four-window range of early C19 sashes of 12 lights with crown glass, and on the second floor of the main block seven sashes of six lights. Double half glazed doors with niche to each side in recessed porch, with two Tuscan columns and entablature. Moulded cornice and plain parapet to, entrance wings, modillioned cornice and plain parapet to main block. Low-pitched hipped roof concealed by parapet.

This is Johnson's first known domestic building, the first brick laid 30 March 1772, the house occupied 26 November 1773 (Nancy Briggs, unpublished lecture to the Georgian Group, 1983, and Essex Record Office, D/DRa E.45). The third Lord Rayleigh established a laboratory in the west wing (since gutted by fire) and there first identified argon in 1894, for which he was awarded the Nobel Prize for Science in 1904.