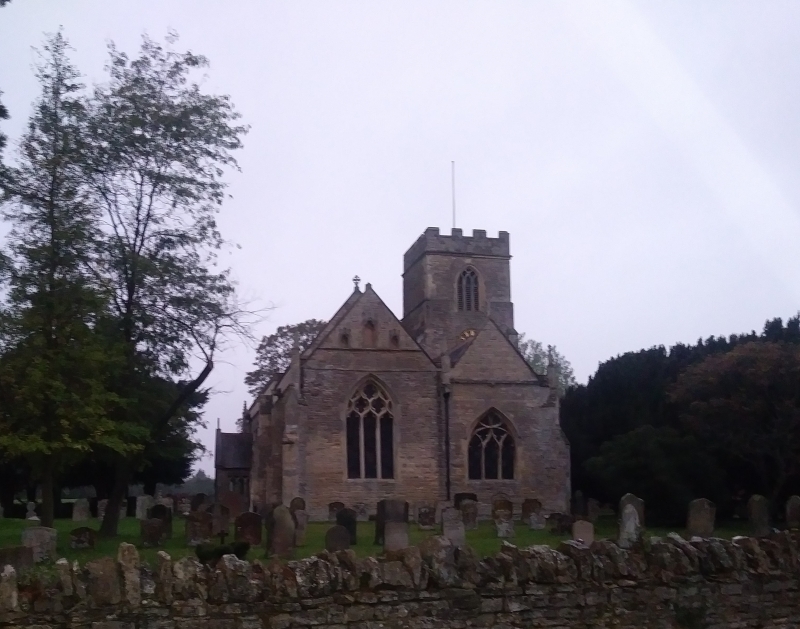 MILTON KEYNES
WILLEN ROAD (west side)
Church of All Saints

I
Parish Church. C12 origins, mostly C14 probably built by Walter Keynes d. 1330. Coursed stone, plain parapets plastered, with carved grotesques, mostly of reptiles in base mould, buttressed, the buttresses at West end of nave with ogee headed niche, tympanum of East gable with restored niches, tile roof. The church consists of chancel with North aisle, nave, South porch, and tower at North East corner of nave. The chancel arch and East wall of nave are late C12, the remains of an older church. The roof and parapets were rebuilt C19 and the interior restored. The chancel has good Decorated sedilia and piscina and a priest's door, and is divided from the North aisle or chapel by an arcade of two bays. This chapel, probably the chantry of Philip Aylsbury d.1349, has an ogee piscina and an old octagonal font. The nave has three windows and door on the South side, two windows, door and tower arch on North side. All the windows have interesting Decorated tracery. The font is C19 and there is a Georgian carved and painted wood Royal Arms panel, also a chained bible 1613. The South door has a hood mould with ball flower ornament and free-hanging tracery in the arch. Beside this door is a Holy Water stoup. The South porch has open arcading of three bays on each side, the arches with tracery. The tower has three stages, a battlemented parapet and wrought iron weather vane on North East corner. In the chancel is a brass with effigy to Adam Babyngton, Rector, 1427 and there are wall monuments to C18 rectors and one to William Wooton D.D., Rector 1693-1727, probably the builder of the Rectory. According to Browne Willis the North chapel became a school in the reign of Queen Elizabeth I.