A Grade I Listed Building in Hughenden, Buckinghamshire 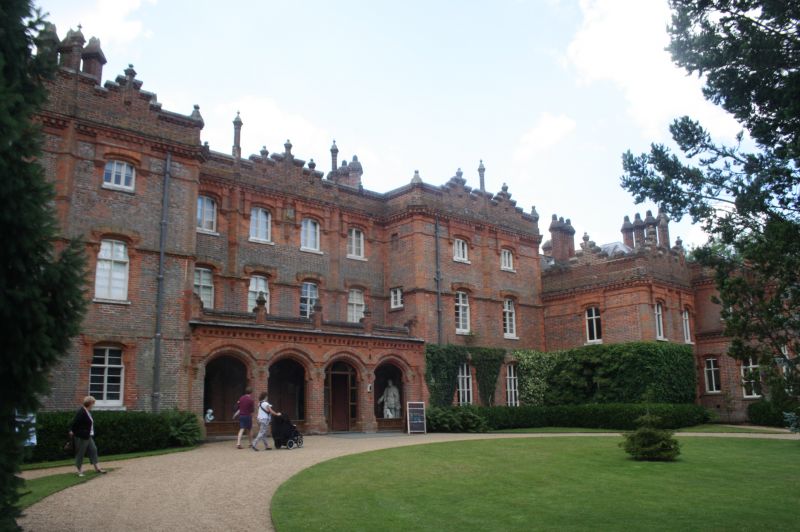 I
Mansion, now part used as Disraeli museum and offices. 1738 core, extended late C18, remodelled in about 1860 by E B Lamb for Benjamin Disraeli, Earl of Beaconsfield. Born into a Sephardic Jewish family and baptized as a child, Disraeli was a prominent novelist and politician who played a central role in the creation of the modern Conservative party, and twice served as British Prime Minister. West wing added in about 1900 for Coningsby Disraeli. Red and vitreous brick, slate roofs, diagonal brick chimney shafts with cogged pyramidal caps.