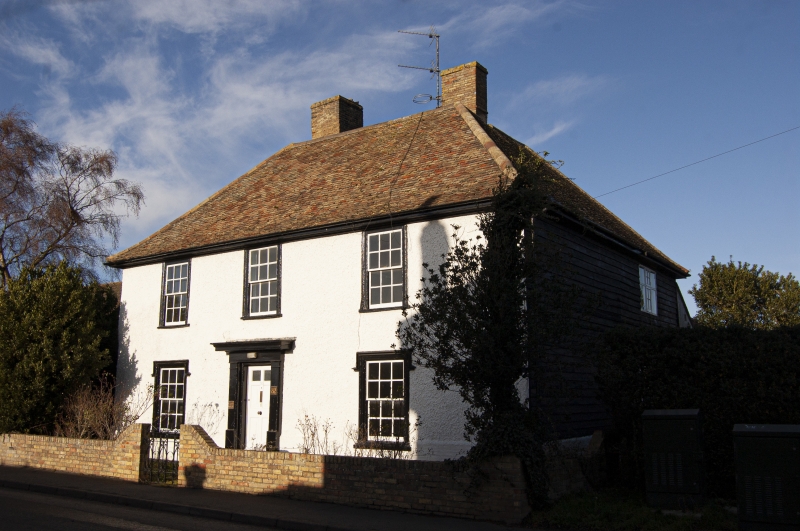 House. Early C18. Probably timber-framed, plaster and roughcast rendered and
modern weatherboarding to east wall. On brick plinth. Pyramidal plain tiled
roof with valley to centre and two symmetrical internal stacks. Double pile plan.
Two storey, near symmetrical facade of three C19 twelve pane flush frame hung
sashes. Two similar windows have C19 wood moulded labels on either side of
c1840 wood plain pilaster doorcase with narrow hood. The side walls at the rear
have early C18 three-light cross frame casements. The rear wall is plaster rendered
with some evidence of incising rear doorways with narrow hall flanked by two family
rooms, one with mid-late fireplace of slate, painted. Early C19 staircase. Back
to back fireplaces. The roof has machine cut rafters with some old members
incorporated. Raised and fielded panelled doors with H and L-hinges. The house
and farm belonged to Clare College, Cambridge at the time of enclosure.