A Grade I Listed Building in Guiseley, Leeds 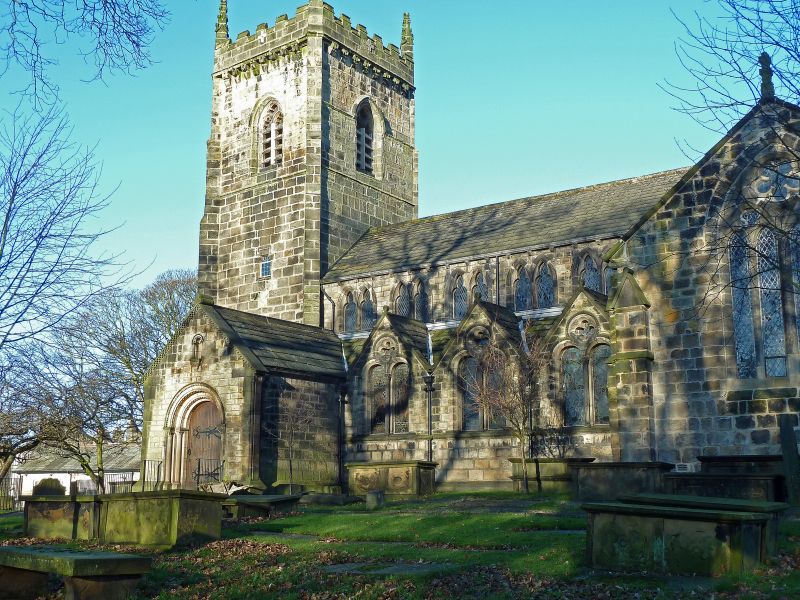 Interior: exceptionally wide interior space with 3 arcades: former nave has
late Norman 4-bay south arcade of quatrefoil piers with scalloped cushion
capitals, stepped semicircular arches; north arcade of octagonal columns with
moulded caps carrying double-chamfered 2-centred arches; chancel to this nave
has on each side a 2-centred arch moulded in 2 orders with responds composed
of 3 slender detached shafts with annular caps, round a circular core; south
transept arch with single detached shafts; in this transept a C17 pew of
Calverley family of Esholt lettered "WC", and enclosed by this a medieval
piscina; various wall monuments.