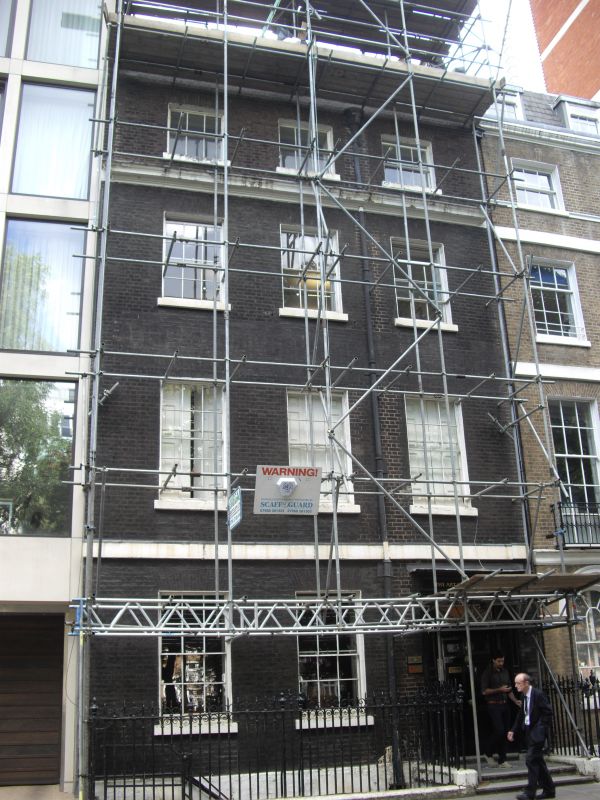 and of the Society of Antiquaries lived at No.6 until 1763 and
at No.7 until 1765. Later in the C19 the building partly
entered into commercial use with Robert Ackermann's lithograph
and colour-printing business located in premises at the rear
until 1913 when they were demolished. In this year the lease
was purchased by the Art-Workers' Guild, a society of
painters, sculptors and architects which had been set up in
1884 by pupils of Norman Shaw, prominent amongst whom were
Gerald Horsley and Mervyn Macartney.
(Jackson N: F W Troup Architect 1859-1941: London: -1985: 108;
The Builder: 15 February 1918: London: 110).