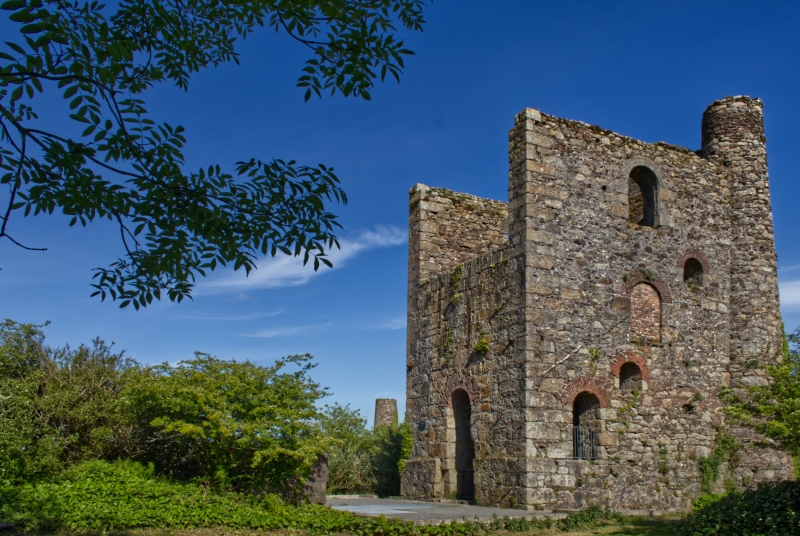 Pump engine house to former tin mine shaft, now derelict. 1879-80, for Wheal
Basset Mine. Coursed granite rubble with bob wall of large granite blocks, brick
arches to openings; now roofless. Rectangular plan on north-south axis, with bob
wall to north, chimney attached at south-west corner. Three stages, with round-
headed openings except driver's window in bob wall which is segmental-headed;
very large cylinder door in rear wall, and one wide window on each stage above;
some windows in side walls, but these mostly concealed by ivy at time of survey
(1988). Tapered cylindrical chimney now terminating at gable level and totally
clad in ivy.
History: erected when Wheal Basset Mine took over southern half of
former North Basset Mine; contained 80-inch engine; also pumped from Grace's
shaft to the west by flat rod. Functional partner to winding engine house to west
(q.v.) and visually also grouped with West Basset stamps to north (q.v.).
Reference: Palmer & Neaverson, op.cit.