A Grade I Listed Building in Scampton, Lincoln, Lincolnshire 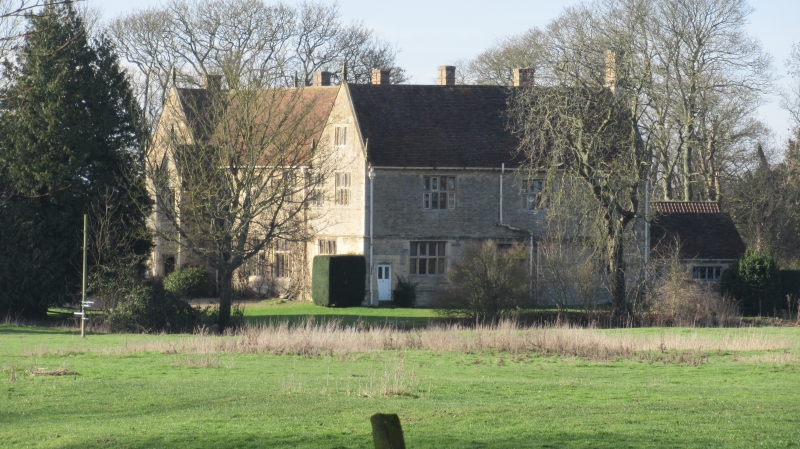 Small country house. Late C16 with extensive alterations of the
late C19. Coursed limestone rubble with ashlar dressings, plain
tiled roof with raised moulded stone coped gables with kneelers:
eaves and gable knopped pinnacles. 5 wall stacks in stone. L-
plan with projecting 2 storey porch from 2 storey with attics 8
bay front, both end pairs being gabled. Plinth, moulded string
course to heads of ground floor windows, ashlar quoins. Off
centre 2 storey porch has shallow 4 centred arched opening and
sunken spandrels to moulded square surround having ogee shaped
stops. Above a 3 light ovolo moulded mullioned window with
cornice. The internal wide restored panelled door with fluted
top is set in a 4 centred arched surround. to left of porch are
2 four light windows. To right 4 four light windows.To first
floor, left of porch are 4 three light windows. To right a 2
light and 4 further 4 light windows. All upper and lower windows
have transomes. In gables at each end are single 3 light windows
with cornices. All windows have moulded surrounds and ovolo
moulded mullions. Inside, the main hall has a C16 ashlar 4
centred moulded surround and shaped stops. Also in the hall are
2 doors with moulded stone surrounds. The staircase is a C19
dogleg. On the first floor is a partially panelled room in oak
with 3 fireplaces with stone surrounds, 4 centred arched lintels
and stops: most of these features appear to be ex situ, probably
moved during the c19 alterations.