A Grade I Listed Building in Moccas, Hereford, County of Herefordshire 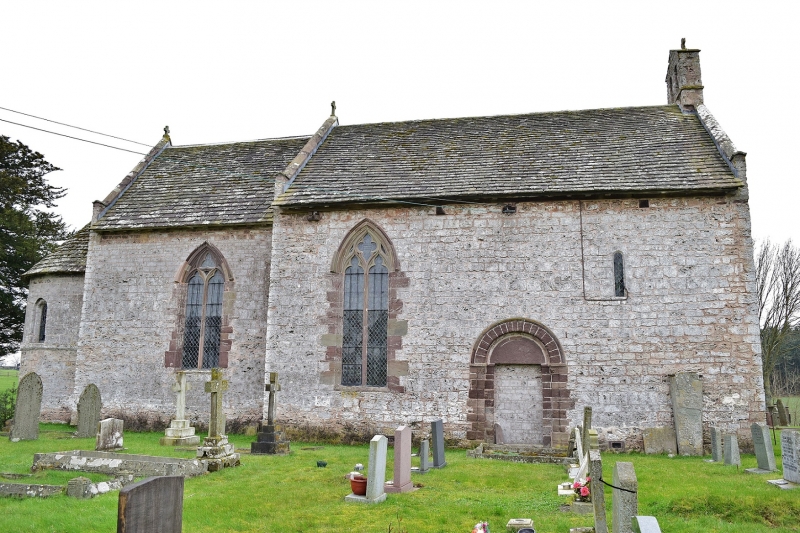 The nave is of three bays
with a C12 semicircular-headed window to the west and a C14 window of two
trefoiled lights with quatrefoil in the two-centred head and a label. The
south door and porch occupy the central bay. The timber-framed porch was
C14, but was mostly replaced in 1870. The south door has a semicircular
arch of two orders, the inner order plain, the outer with chevron ornament
has engaged respond shafts with carved capitals. The label is C19, tympanum
is plain (the carving has worn away). The west wall has a high-set semi-
circular headed window. Bellcote above has two openings. North wall reflects
south wall, but doorway blocked and slightly more weathered. The chancel has
a two-trefoiled-light window with quatrefoil under a centred head in each wall.
The apse has three semicircular-headed windows with chamfered head and a
sill band.