A Grade I Listed Building in Okehampton, Devon 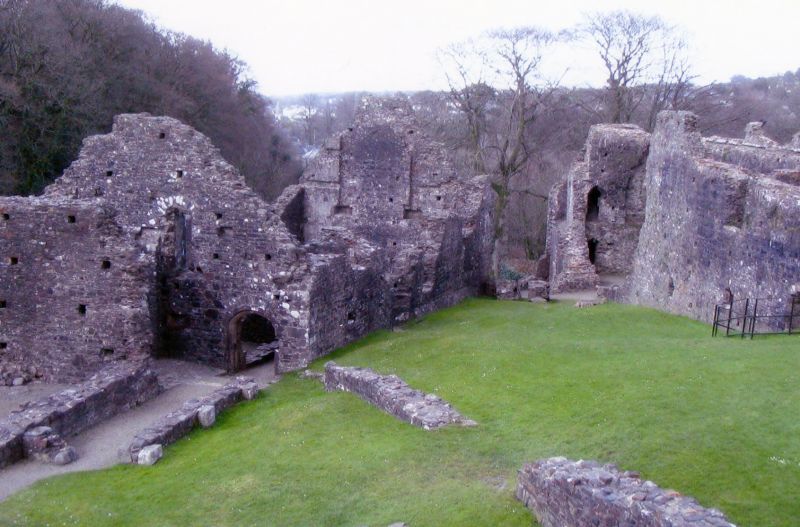 Castle. The oldest fabric dates from the C11 with some evidence of C13, much
rebuilt and extended in early C14. Constructed of a mixture of granite, metamorphic
rocks and shale.
The earliest structure is the C11 keep standing on its motte, there is some evidence
of C13 buildings in the main bailey but most of the surviving structure dates from
an early C14 rebuild and extension of the site when the keep was also enlarged.
Dating from this time is the hall, the kitchen range, a chapel and priests
accommodation, extensive lodgings, a main gatehouse and a barbican gatehouse.
Further minor additions were made in the late C14 and C15 and the late C17.
The structure is now ruinous with the extant remains varying in their degree of
survival but the external fabric is in places relatively complete. The motte and
keep are to the south-west with the bailey buildings ranging down the valley to the
north east.
The castle is first mentioned in 1086 in Domesday Book when it was the centre of the
estates of Baldwin de Brionne who was Sheriff of Devon. In 1173 the castle passed
into the hands of the Courtenay family who held it until 1509.
This castle holds a strategic point at the head of the valley and as such has great
landscape value. From the extensive survival of the buildings a reconstruction of
the early C14 layout is possible and it is one of the more complete castle sites in
Devon.
Source: H.M.S.O. Offical Handbook - R. A. Higham Ancient Monument No