A Grade I Listed Building in Croft and Yarpole, County of Herefordshire 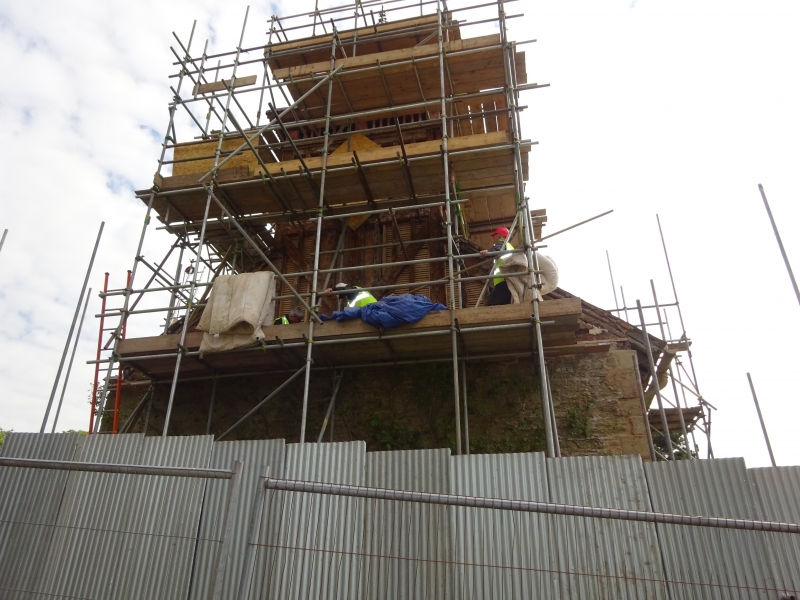 INTERIOR: tall chancel arch with two-centred arch of two chamfered
orders continuously moulded. A piscina in south wall of chancel has a two-
centred head. Roof of chancel, C16 of three bays with arch-braced collar
beam, trusses, with V-struts in the apex, and moulded wall plates. The bay
over the altar is boarded, painted with clouds, and the truss has painted
cherub heads at the wall-plate. Nave has a similar roof of three bays with
cherub heads to one truss. Fittings: west gallery has a bolection moulded
panelled front. The font has an octagonal bowl on a re-used base. Pews
incorporate C18 raised and fielded panelling. Floor tiles in chancel steps
and nave floor are late C15 Malvern tiles, with a few C14 tiles. Reredos of
C17 panelling with fluted frieze. Croft monument in chancel (formerly in
north chapel) to Sir Richard Croft, died 1509, and his wife. An elaborate
altar tomb bearing the recumbent effigies of Sir Richard and his wife. Above
their heads an elaborate canopy, the back of which is carved with four saints
and other figures.