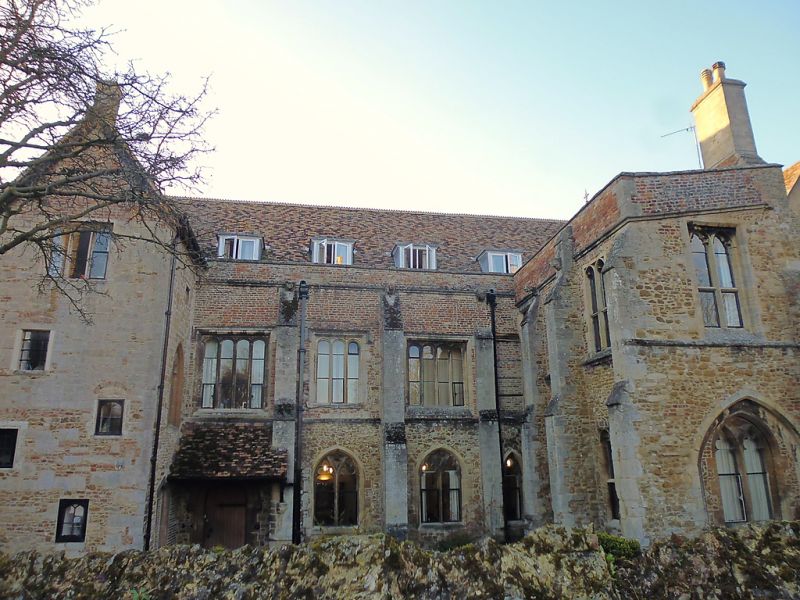 THE COLLEGE
Prior's House (Boarding House of the Kings School)

GV
I
The Prior's House, now a boarding house of the King's School was largely rebuilt in the early C14 by Prior Crauden (1321-41), above the C12 vaulted undercroft with groined vaults and transverse arches in the northern part and C14 vaults to the south part. The hall was originally connected to the Prior's Study (now demolished) and his private chapel by a gallery. A wing at the north east end was originally the porch to the Prior's Great Hall (Old Hall) which stood to the north of it. The upper storey contained the Audit Chamber. In the C15 a staircase wing was erected at the south east end and in the C17 a building was added adjoining the south east corner of the hall and extending eastwards.

The hall is built mainly of Carr stone rubble with Barnack stone dressings and a considerable amount of C14 brickwork. It has a parapet and string course and is buttresses. On the ground storey there are C14 pointed arched windows with "Decorated" tracery and on the first storey there are early C16 square windows with three and four arched lights. Roof tiled, with arched braces to the principals and arched windbraces.

The interior has Norman and medieval features including a particularly fine early C14 fireplace on the north west side of the Hall (once in Prior Crauden's study), with a sloping overmantel, castellated frieze and corner turrets, carried on carved corbels with heads.