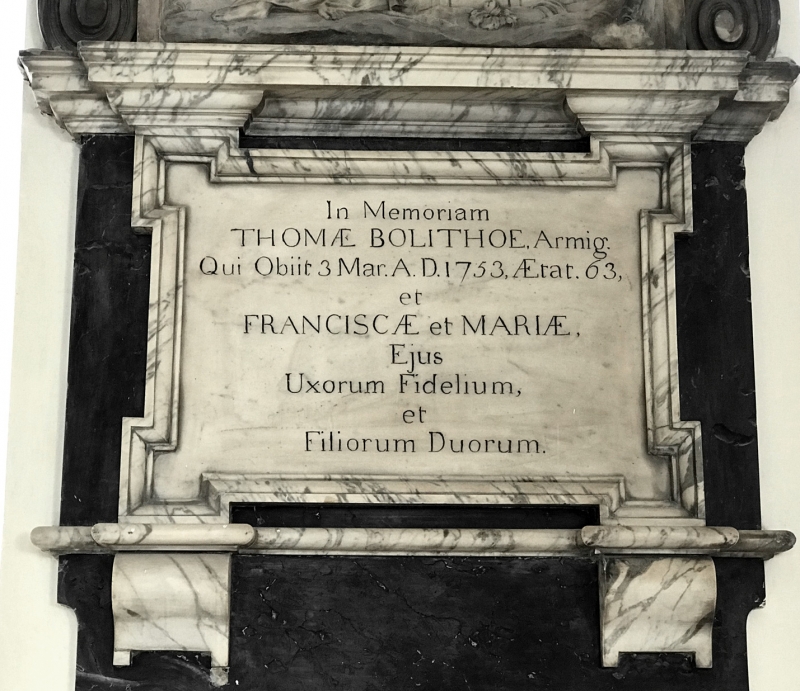 II*
Norman work in the crypt (not now visible), but largely rebuilt in the 1660s following a fire (work completed 1664), but probably reusing much medieval material including medieval tracery. Internally remodelled 1826. Interior stripped out 1972.

EXTERIOR: The main facades are those to the N (fronting Exeter's High Street) and S (facing a square). Both have three-light Perpendicular windows with panel tracery under semicircular heads, those on the S evidently 19th-century renewals, those on the N either perhaps late medieval originals. Both N and S elevations have embattled parapets. There is a NW doorway into the N aisle. The highly distinctive slender W tower is also a prominent feature, unbuttressed and with a large, embattled stair turret at the NE which rises slightly above the battlement of the tower. The plain slit windows in the belfry stage are work from the late 17th-century rebuilding. However, the most unusual and interesting feature of the exterior is the small, embattled NE medieval chapel which is placed on a low, segmental arch above a public thoroughfare. Both its N and S faces have two-light cusped windows but these are of 19th-century workmanship. To the S of the chapel and in the E wall of the body of the building is a blocked, round-headed arch of unknown purpose and date. The roof covering the body of the building is a single, low-pitched one.

INTERIOR: The walls are plastered and whitened. The distinctive character of the interior derives from a remodelling of 1826. This provided N and S arcades of four bays with tall, slender, wooden quatrefoil piers with moulded capitals and bases. They carry simple, four-centred arches. Although under a single external roof covering, the interior is tripartite in its organisation with a nave and aisles under their own plastered ceilings. That in the nave has two blind, elongated quatrefoil decorative features which are said to have originally been installed to allow illumination (but this is hard to envisage given the overarching nature of the external roof). At the E end of the nave/chancel is a tripartite arch arrangement: two four-centred arches flank a much narrower central pointed arch: the two central piers, like those in the nave, are of timber and are tri-lobed.

PRINCIPAL FIXTURES: The interior was largely stripped out in 1972. There is a royal arms at the W end dating from 1640. The octagonal font is early 19th-century and has quatrefoils etc on the bowl. There are three good wall monuments; two have architectural surrounds and are to George Potter (d 1662) who had been `a great benefactor toward rebuilding of the church', and to James Rodd (d 1678); the third to Thomas Bolithoe (d 1753) by Edwin Coffin of Exeter has a mourning woman at an urn. The rather garish stained glass in the N aisle window is by G. Cooper Abbs and dates from 1946 and represents St Stephen being welcomed into heaven. A modern screen has been placed across the W end.

HISTORY: Norman work at the church was revealed in 1826 when a crypt was discovered and which was found to have two short columns with primitive capitals, one block-shaped, the other with an elementary honeysuckle motif. The crypt is now sealed and not visible. The arch beneath the NE chapel is said to be of the 13th century although is has no characteristic datable features. The fenestration suggests substantial remodelling in the later middle ages and extensive rebuilding is documented in the 1660s. The next major change was in 1826 when the interior was remodelled. The area surrounding the church was very badly damaged by bombing in 1942 but St Stephen's survived although its windows were destroyed. In 1972 the fittings were almost entirely removed. The building is now used by a number of charities. As at 2009 there are plans to insert a new doorway on the S side and redesign the interior.

REASONS FOR DESIGNATION:
The church of St Stephen, High Street, Exeter, is designated at Grade II* for the following principal reasons:
* It is of considerable interest as one of the surviving medieval churches of Exeter. It dates back to Norman times (although the Norman crypt is not now visible) and has the very distinctive feature a NE chapel raised above a public thoroughfare. It has late medieval details and was substantially rebuilt in the 1660s.
* It has some fittings of interest in terms of three 17th- and 18th-century wall monuments and an early 17th-century royal arms.
* It forms an important visual focus in an area of central Exeter which was otherwise razed by wartime bombing.