Sections of Wall Running South Along Esplanade from South-West Corner of Simnel Street to University Air Squadron Headquarters at South End of Bugle Street. Includes the Arcades, the West Gate, Blue A 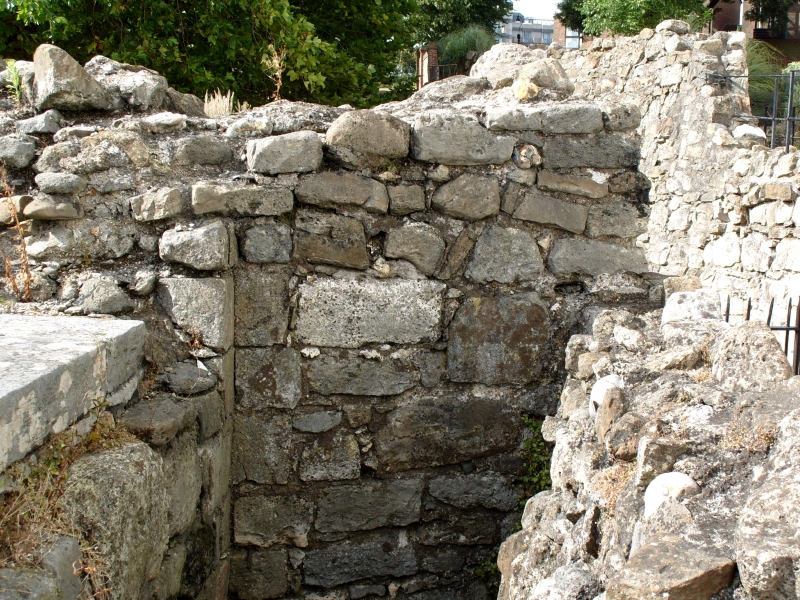 2.
Mediaeval City Wall built of stone rubble about 20 feet in height. It incorporates
the Arcade, and arcaded screen wall built against existing Norman merchants
houses forming a series of deep arched recesses to give a rampart wall at
the top, 19 arches in all, and the West Gate. This Mid C14 gateway has simple
chamfered outer arches and a pointed tunnel-vault. It has 2 portcullis grooves.
The 2 upper storeys have C16 gunports. Embattled parapets. Through this
gate the army of Henry V marched to the ships for Agincourt in 1415 and the
Pilgrim Fathers embarked from West Quay on "the Mayflower" on August 15th,
1620. Scheduled as an ancient monument.