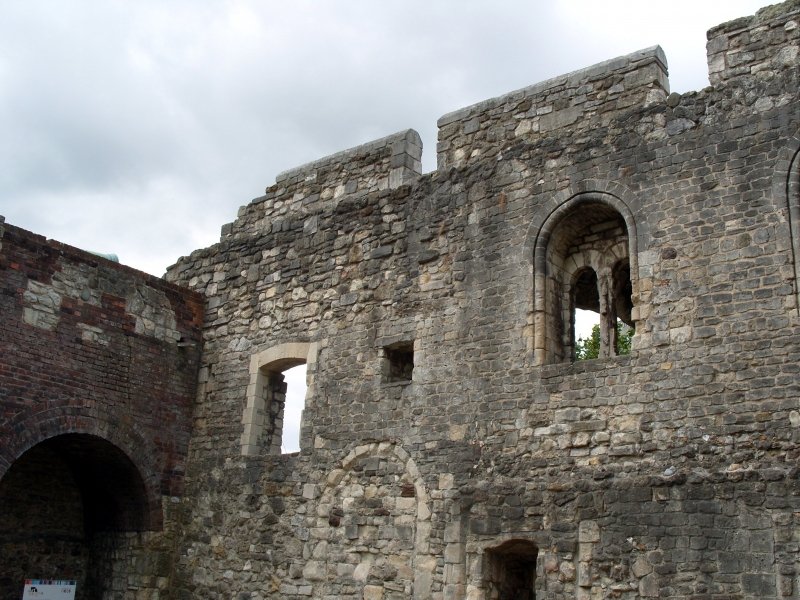 2.
Circa 1170. Early C14 and mid-C14. Remains of a merchant's house, the ground
floor originally used for storage and the upper floor as living quarters.
It originally stood on the quayside. The west wall was incorporated in the
city defences after the French raid of 1338. The roof was removed in the
early C20. Two storeys stone. North and west arcades have original C12 windows
of 2 round-headed lights in round-arched frames. The west facade also has
the blocked archways which led directly on to the quays, one C12 round-headed
arch and 2 early C14 segmental-headed arches. Within these blocked arches
are 2 vertical defensive slits of the C14 defences which may be the earliest
surviving gunports in Britain. Parts of the original stone fireplace on the
north side of the first floor survive, including both jambs, with inset shafts
and scalloped capitals. Against the east wall is a late Norman chimney of
circa 1200, removed from No 79A High Street, in the form of a long round stone
shaft rising from a square base. This house is one of the most complete of
the larger C12 town houses surviving in the country.
Scheduled as an ancient monument.