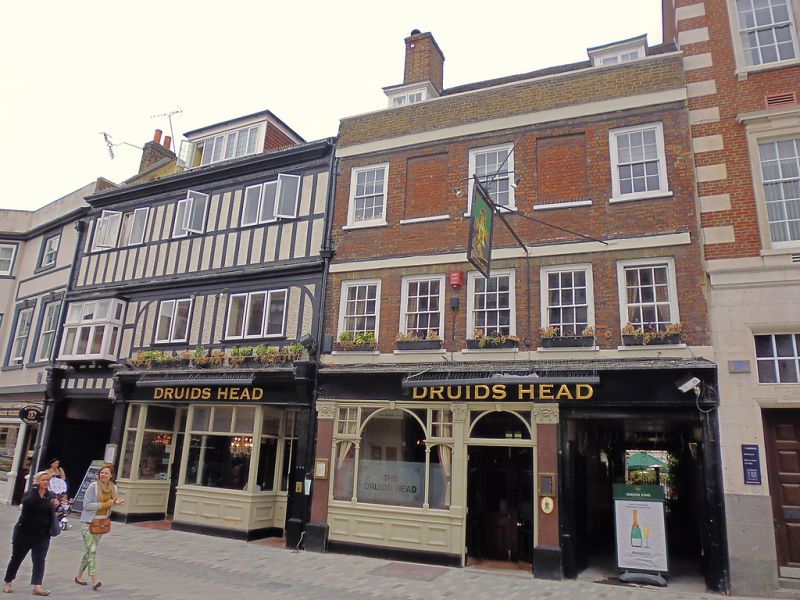 C17 and C18. 3 storey, 5 bay early to mid C18 front. The ground floor has a late C19 pilastered pub front and, on the right, a carriageway through to the rear. The upper floors are faced with red brick with blue brick headers, stucco bands at each floor and yellow flat gauged brick arches to the first floor windows. Flush-framed barred sash window. Tiled roof behind a parapet. 2 dormers. The back wall is later C17. Red brick ith a band at 2nd floor level and 2 mullioned and transomed timber windows on the 2nd floor. Good surviving circa early C18 features to interior, including turned baluster open well staircase, heavily moulded plaster ceilings over staircase, and to first floor front room timber panelling, (some moulded) cornices, fireplaces and doors, etc.