A Grade I Listed Building in Leicester, Leicester 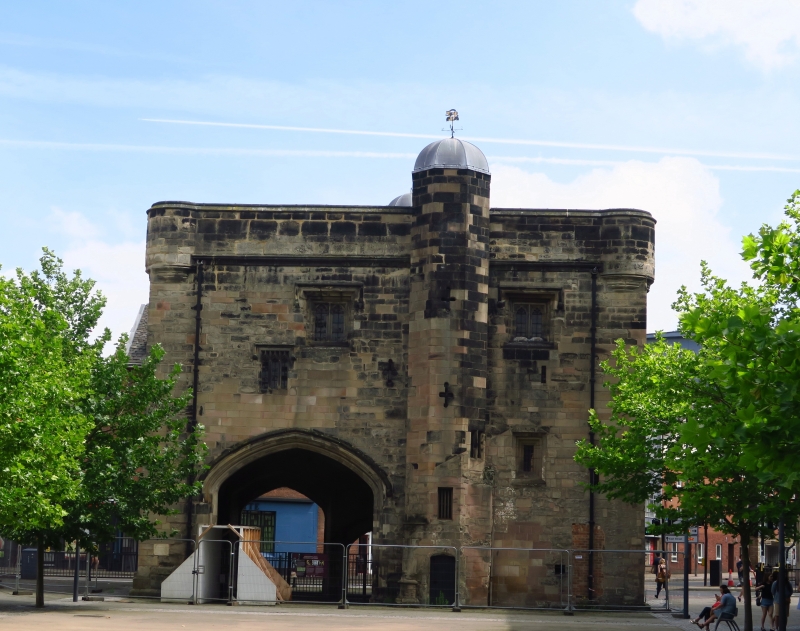 THE NEWARKE (North Side),
Magazine Gateway

Mediaeval gateway to the area added to the Castle in 1331 by the Third
Earl of Leicester. The building is circa 1410. Stone. Rectangular on
plan. Three storeys. Bertizans at angles and domed octagonal stair turret.
Restored parapet. Moulded four-centred arches to pedestrian and carriageways
to east, only one wider arch on west, with tierceron-vault. Rectangular
windows with moulded labels, mostly Victorian restoration, deeply recessed
one two or three-light stone mullion windows with cusped head lights.
The Drill Hall extension of 1894 in facsimile on south has been demolished.
It is now isolated by recent road scheme. Used as a museum until 1996.
A.M.