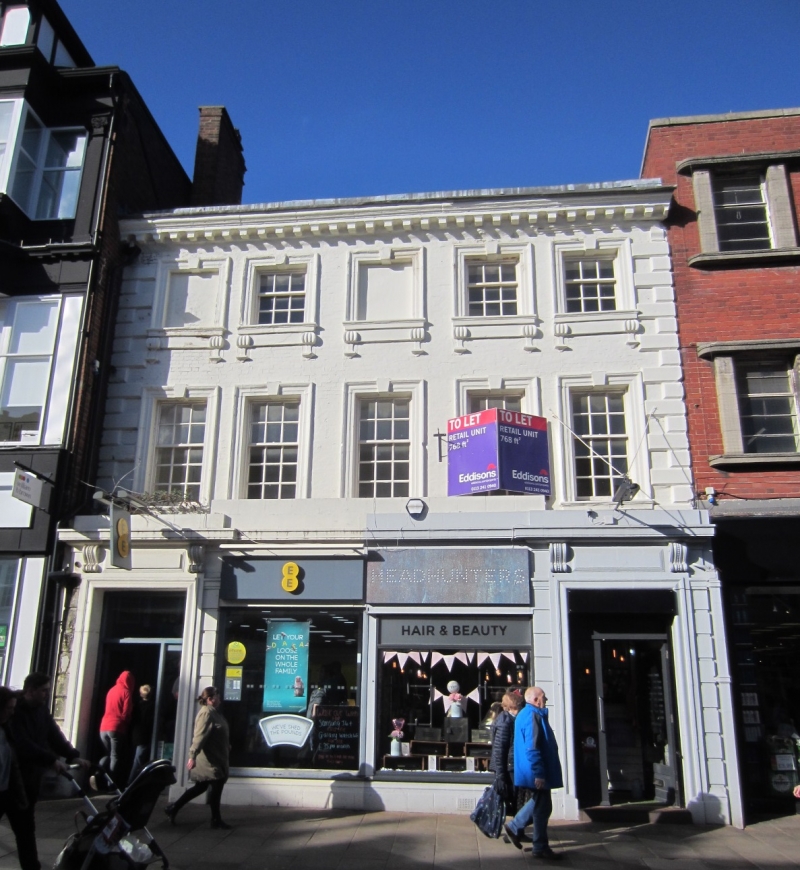 House, then hotel, now partly shops. Early C18 with early C20 alterations. Painted
brick with stone dressings and slate roof. Three storeys and 5 bays. Advanced
early C20 ground floor with early C18-style entrances to outer bays and plate-glass
shop windows between. Entrances have C20 glazed doors and overlights set in
bolection-moulded architraves with rusticated stonework to either side and raised
and fielded panels over between large fluted brackets supporting moulded cornices
and blocking courses. Similarly moulded, slightly recessed cornice between with
stepped blocking course. Chamfered rusticated quoins to angles above. First floor
has 5 tall unequally-hung original 15-pane sash windows with thick glazing bars
and second floor has 3 original unequally-hung 9-pane sashes with similar glazing
bars, plus blocked openings to bays 1 and 3. All first and second-floor openings
have moulded architraves with raised keystones and moulded sills, each supported
by unusual brackets with gadrooned tops and drop-like bases which are set to either
end of plain bands which run below the sills. Heavy moulded and modillioned cornice
with blocking course. Tall brick stack to left. There is said to be fine panelling
in the first-floor saloon, but access is not permitted by the vintners for security
reasons.