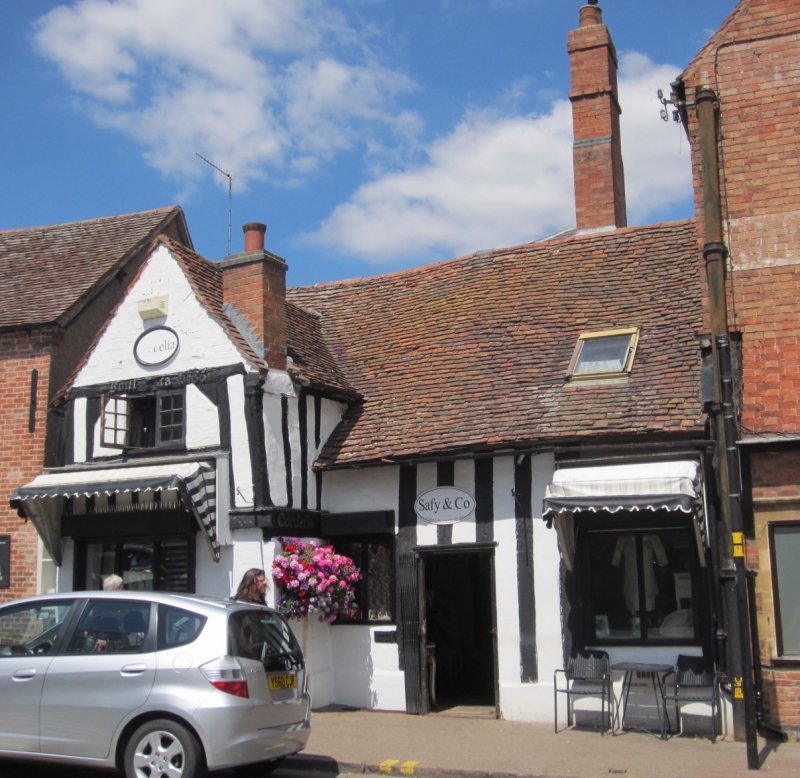 Town house, now shop. Probably late C15 with later
alterations. Timber-frame with some plastered brick; tile roof
with brick stacks. Single-storey with cross-wing and later
rear wing. Entrance with C20 door and flanking windows; wing
has windows with C20 frames. Lateral stack to wing and tall
stack to rear of ridge. Rear wing has C19 lantern with
pyramidal roof. Some close-studded framing and framing to 1st
floor of wing. Left return has exposed framing. INTERIOR has
chamfered beams and some exposed framing.
(Bearman R: Stratford-upon-Avon: A History of its Streets and
Buildings: Nelson: 1988-: 51).