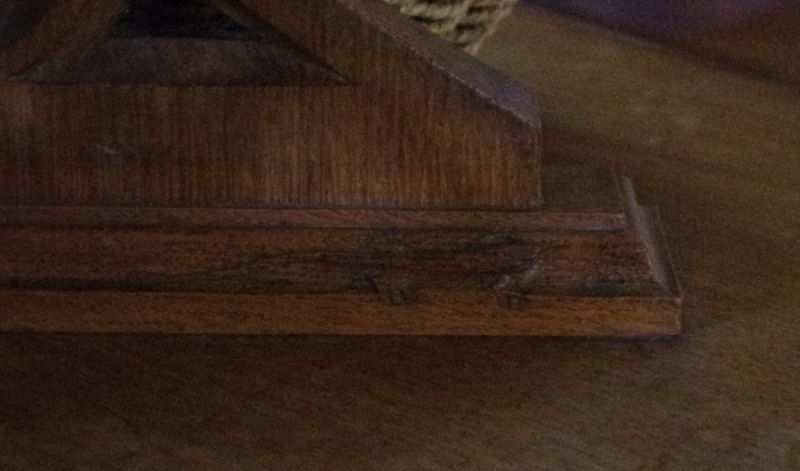 Tower: 1667 restored 1818; in Perpendicular style; quoins; chamfered plinth; west end has offset diagonal buttresses and elliptical-arched Y-tracery window (probably C19) below cusped light; a cusped two-light window to each side of belfry stage; moulded string, with gutter above it on south side, below embattled parapet with crocketed corner finials.

Nave and chancel have pointed-arched openings; chamfered eaves; kneelers, ashlar coping and cross finials to gables and crested roof ridges. Nave: to left of porch set against nave wall is mid C18 headstone commemorating eight children of Christopher and Elizabeth Sturdy having a segmental pedimented top with dentil and egg-and-dart moulding. C19 porch has doorway below blind opening with defaced crucifixion and C18 sundial in gable; a cusped two-light window to each return; inside, an early C12 narrow round-arched doorway with three orders of chevrons on columns with decorated cushion capitals and billeted hoodmould, partly restored. To right of porch, two two-light Decorated-style C19 windows.

North aisle has offset diagonal buttress at west end; two two-light double-chamfered mullion windows, the western one C20; and a lancet in the west side of the vestry. Chancel: chamfered plinth; restored priests' door with small chamfered two-light window to left and restored lancet to right; C19 east window of three stepped lancets under hoodmould and relieving arches; two restored lancets under sexfoiled circular window to east end of north chapel and a tall two-light double-chamfered mullion window to north side of the chapel.

Interior: recessed round tower arch with imposts; restored late C12 three-bay pointed-arch north arcade on circular columns with simply-moulded bases and water-leaf capitals; C12 elliptical chancel arch of three orders (plain and chevron) under restored billeted hoodmould on columns with decorative bases and cushion capitals (much restored); flanking imposted archway into north chapel are two C13 grave slabs, the northern one having a cross with stepped base and foliated head, hammer and shield, and the southern one having a pastoral staff with flabella. C19 scissor-braced roof trusses. Benefaction boards in tower. In north aisle probably C17 bench pews with knob finials and added baluster-type candlestick holders, and a bell dated 1684 with decorative mouldings to top.

The church was originally a chapel under the Priories of Coxwold, then Newburgh and finally Thirkleby; it became a separate parish church in 1868.
N Pevsner, Buildings of England, The North Riding.
Guide notes in church.