A Grade I Listed Building in Bentley, Doncaster 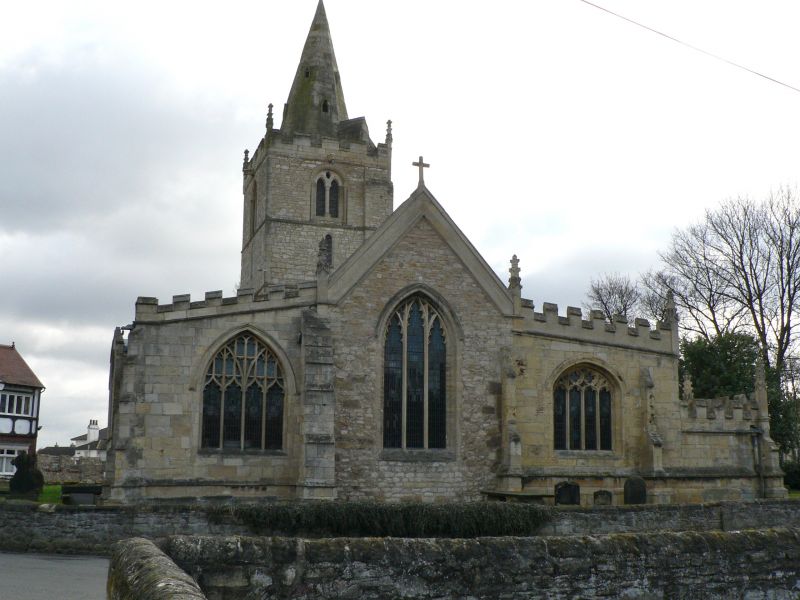 Interior: aisle arcade piers are octagonal to south and cylindrical to north
and have matching responds, various moulded capitals and double-chamfered
arches. Round arch of 2 orders from north aisle to transept, a C12 slit
window above. Nave has C19 roof; earlier aisle roofs, that to south more
heavily moulded. Crossing: altered C12 piers, those to east with C13 shafts
set round an octagon; C13 arches, to north and south double-chamfered, the
others moulded. Cavetto-moulded arch into north chapel from transept; that
from transept to south chapel is double-chamfered. Chancel north wall has
half a C12 window embrasure; south wall has half a pointed arch, both sides
now with large double-chamfered arches into the chapels. Piscina with half-
octagonal pedestal in front; C13 sedilia bench with shaped arms. C19 chancel
roof; probably C15 roofs to the transepts and chapels have moulded and
cambered tie beams. Furnishings: Decorated screen in south chapel with
carved mid-rail and heavy cornice moulding. Carved octagonal wooden pulpit
of 1634 set on later base has bracketed book ledge, back board and canopy.
Octagonal ashlar font has wooden cover dated 1662 with scrolled frets set
around on baluster. C18 aisle pews with scratch-moulding, turned finials and
balustrading at east end. Monuments: in north transept a marble wall
monument to George Cooke (d.1683) has inscription on plaque beneath decorated
aedicule with bust in oval panel and open segmental pediment with cartouche.
In south chapel a cast-iron plaque records the gift of George Radley to the
poor of the parish in 1824.