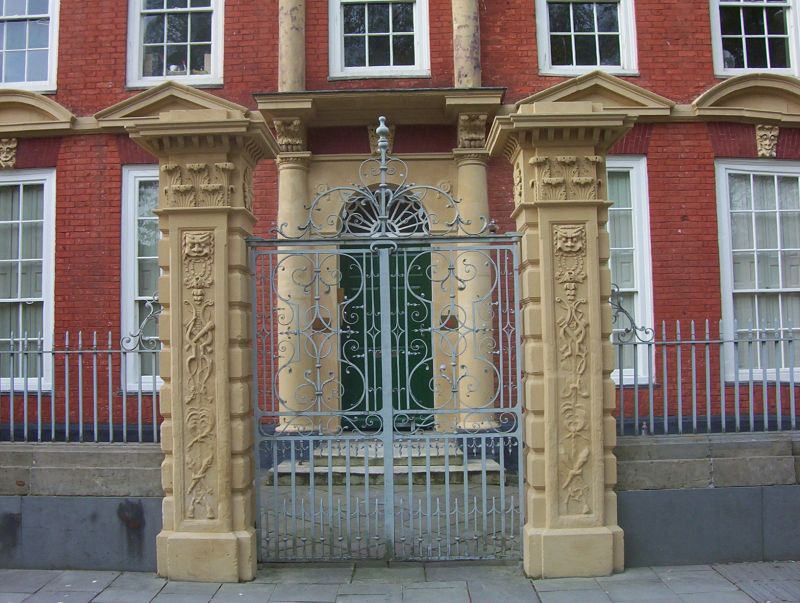 Three storeys, basement and attic; five-window range. A symmetrical front has quoins to an overhanging timber modillion cornice and boxed eaves, with superimposed orders of Doric, Ionic and Corinthian engaged columns flanking the central bay and inside the quoins.

The doorway has carved acanthus brackets to a flat canopy with panelled soffit and moulded bedmould, an early C19 semicircular-arched doorway with fluted transom, grotesque key, draped roundels and six-panel door, the top four raised. Ground and first floor windows have alternate segmental and triangular pediments linked by a string, all the windows have rubbed brick arches with grotesque keys, wavy arrisses to the first and second floors, whose middle window has a fluted arch; nine-over-four pane sashes in exposed, slightly recessed frames.

One of the few surviving original houses in Queen Square, which was laid out in 1699, and has claim to be the largest square in England, built between 1701 and 1727, to leases of varied width and similar designs. No.29 is interesting for its naive use of classical decoration.

This entry was subject to a Minor Amendment on 1 September 2017.