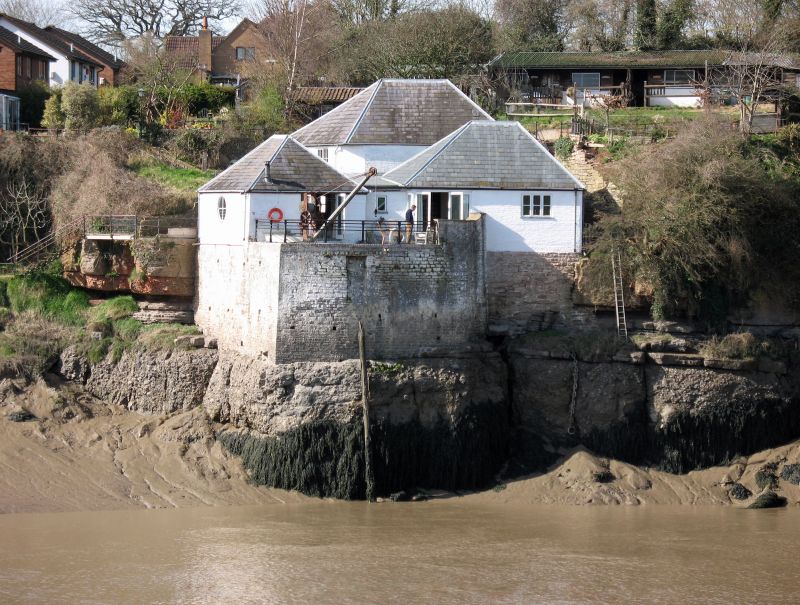 Jetty with 2 sheds, originally for storage of gunpowder. Jetty
in existence by 1777. Sheds probably late C18/early C19. Stone
jetty. Sheds plain: the earlier rectangular of rubble with
pantiled roof, the other a square rubble building with hipped
slate roof. There is a third tiny building on the jetty with a
hand crane. Built for storing gunpowder which was not allowed
in Bristol Docks; the earlier shed was the powder house.