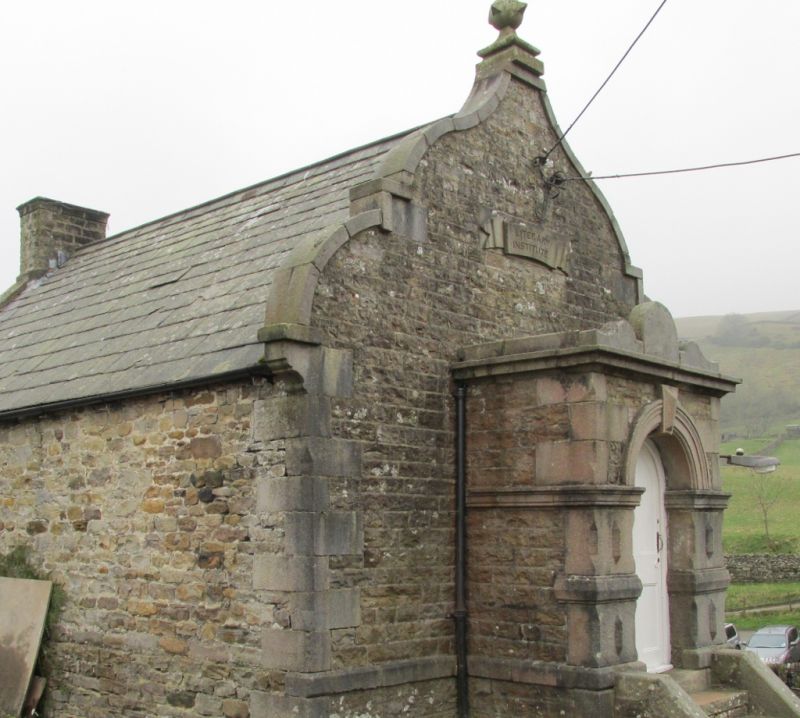 Literary institute. 1867. Coursed rubble stone with ashlar dressings and slate roof plus coped
gables with kneelers and a single gable stack. Quoins and raised band. 2 storey, with lower
room below entered from south, and hall above entered from west. West front has
projecting porch to upper hall reached up a flight of 6 steps, porch has moulded round
arched doorway with keystone and chamfered jambs with bands, plus 4-panel door. Above
a flat hood with plain decorative top. The west front is topped with a curved Dutch gable
with kneelers and ball finial. South front, 2 storey, 3 windows, with to left a round headed
doorway with 4-panel door and plain fanlight in a plain ashlar surround with keystone and
moulded impost. To the right 2 round headed glazing bar sashes with similar surrounds and
keystones. Above 3 pairs ofplain sashes in ashlar surrounds with shouldered heads. Attached
to the south west corner a stone retaining wall topped with spearhead railings.