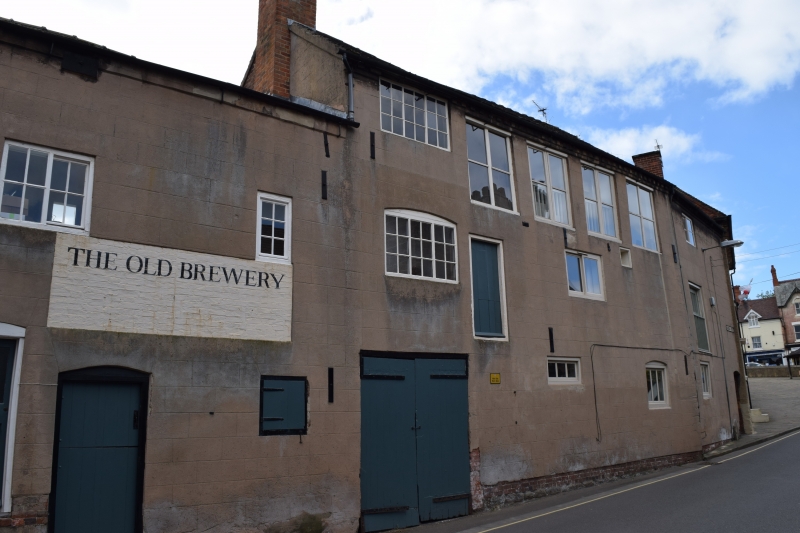 PARISH OF MELBOURNE,
CHURCH STREET (South Side),
No 12 and Attached Brewery Buildings

House and attached brewery buildings. Early C19 with minor
later alterations. Red brick with rendered plinth and painted
stone dressings to the house, brewery buildings are completely
rendered. Plain tile roofs with central brick ridge stack and
brick gable stack to north, plus dentilled eaves bands. House,
three storeys and three bays, brewery buildings, three storeys
and four bays with canted plan. House has a central doorcase
with panelled door and plain overlight with an adjoining pair of
plain sashes to north and a single plain sash to south, beyond
which there is a brick segment headed doorcase with plank door
into an alley. Above there are three plain sashes and above
again there are three smaller sashes. Ground and first floor
openings have wedge lintels with lower edges slightly arched to
either side of raised keystone. Brewery outbuildings, attached
to rear of No 12 facing the street have a very irregular facade.
Eastern bay has a segment headed doorcase with plank door and a
small shuttered opening, and above there is a flat headed single
light small pane casement window. To west the two central bays
have double plank doors to east with two small segment headed
openings to west and above there is 3-light fixed small pane
segment headed window to east plus a plank door and a C20
2-light opening, to west. Above again there is a fixed small
pane 3-light flat headed window to east and four large C20 four
paned windows to west. Beyond again to west, set at a slightly
different angle, is another bay with segment headed doorcase
into an alley to west with first floor door to east and 2-light
window above.