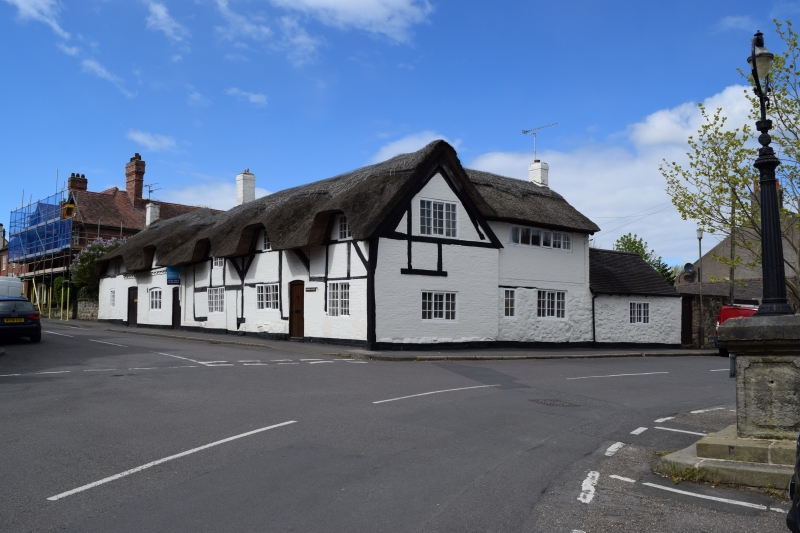 This list entry was subject to a Minor Amendment on 17 March 2021 to update the name and address, and to reformat the text to current standards

Single storey plus attics and six bays. Three eastern bays have a considerable amount of timber framing surviving but western bays have been rebuilt. Easternmost bay has a segment headed doorcase with plank door to west and a two-light horizontal sliding glazing bar sash to east. There are two similar three-light windows beyond the door to west and beyond again there is a segment headed plank door, a three-light casement window below similar head and C20 garage doors. These latter openings have a dentilled eaves band above. Westernmost bay has raised brick ground floor with a central segment headed two-light horizontal sliding glazing bar sash. Above there is an elongated eyebrow dormer with two two-light windows below, that to west a sliding sash and that to east a casement. Beyond to east there are four more eyebrow dormers, each with a small paned two-light casement.