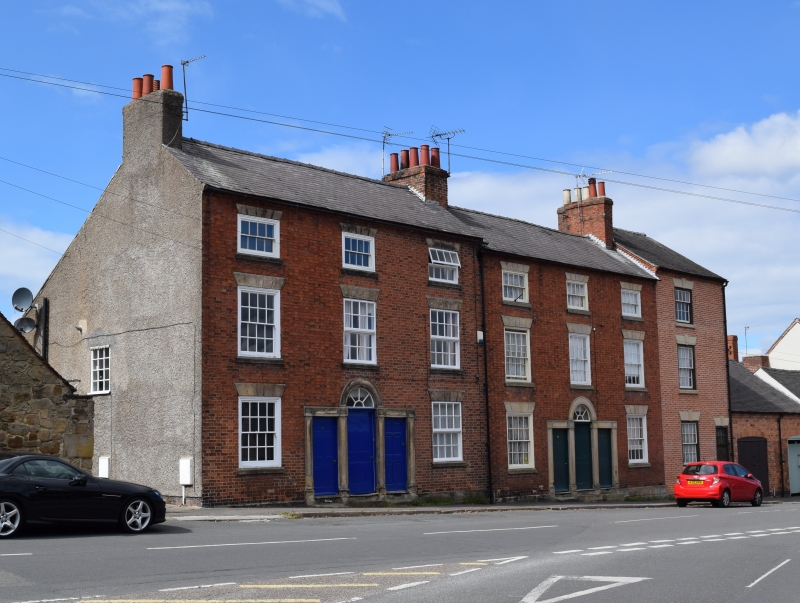 SK 38/3925 PARISH OF MELBOURNE CASTLE STREET
6/52 (West Side)
18.2.71 Nos 55,57,59 and 61
GV II
Two matching pairs of houses. Early C19 with minor later
alterations. Red brick with stone dressings and plinth, and
slate roofs with brick gable stacks plus dentilled brick eaves
bands. Three storeys, each pair three bays. Nos 55 and 57 to
south have a central moulded Venetian-style arrangement of
doorcases with semi-circular headed passage doorcase flanked by
flat headed doorcases. Side doorcases have C20 flush doors and
central opening has similar door with traceried fanlight over.
To either side of these doors are single glazing bar sashes
below rusticated wedge lintels. Three similar sashes over and
above again three further smaller, similar sashes. Nos 59 and
61 to north are an identical pair, except they have six panelled
doors and the ground floor sashes and the two northern sashes to
first and second floors, have been replaced by C20 glazing bar
sash style top hung casements.