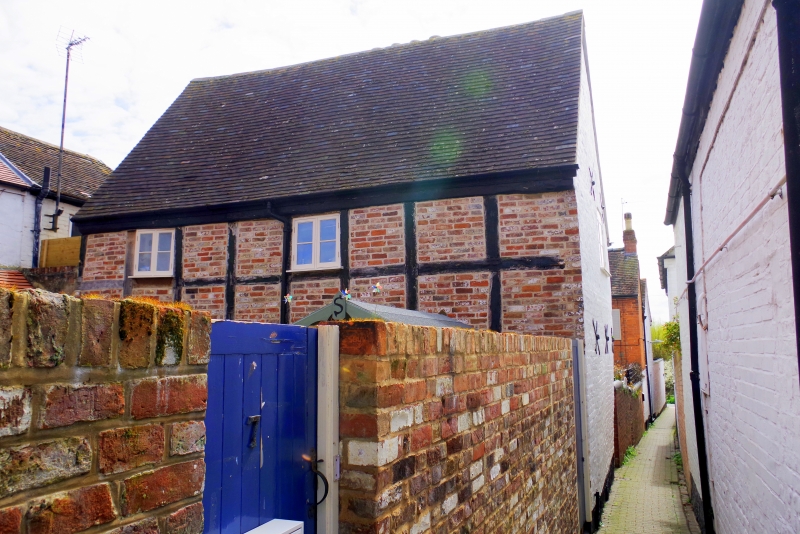 Detached house on rear of burgage plot, formerly 2 cottages.
C17 with C19 refronting. Square panel timber-frame with
plaster panels, painted Flemish bond brickwork, tile roof,
brick lateral stack. A small 2-storey property set with gable
to the alley.
The entrance front (N) has a small 2-light casement at the
first floor, and three 2-light casements, one of these with
C18 moulded glazing bars, in a continuous run flanking a plank
door. The S side, faced in brick, is 2-windowed, with C20
casements to the first floor, and 4-pane sashes below;
centred, at the eaves, is a large brick stack. The gable to
the alley, in painted brick, has one small casement, and the
opposite gable, in unpainted brick, has some framing in the
gable, and the projecting cut-off end of a large spine beam to
the first floor ceiling.
INTERIOR not accessible, but reputed to have been much
modified. An example of the relatively rare building set
across the site, rather than parallel with the alley, this
must have been a building of substance before the C19
modifications.