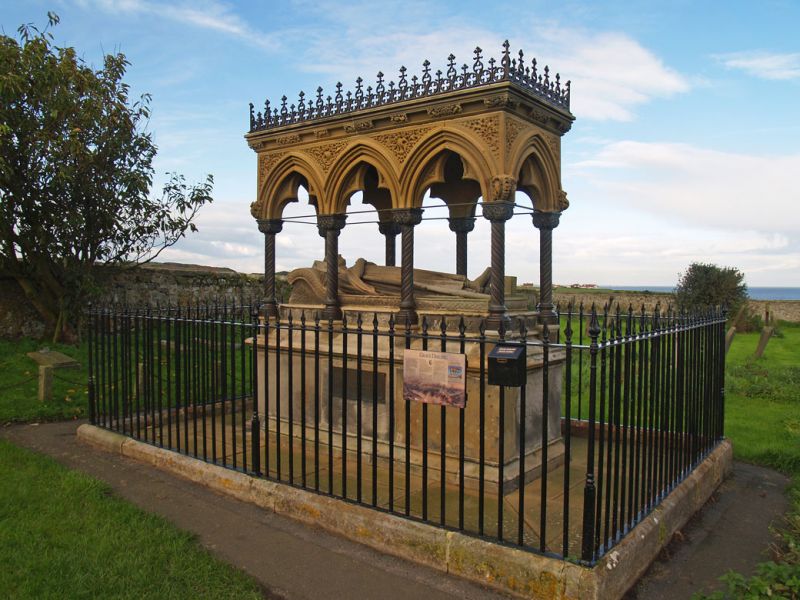 Churchyard memorial. 1842. Designed by Anthony Salvin. The tomb was repaired in 1885 by Frederick Wilson, when a new effigy was carved by C R Smith in Portland stone. (The original which is now in the church). 1894 the canopy rebuilt to the designs of W S Hicks 1894 after the original was damaged in a gale.
Ashlar and bronze, iron railings. Gothic Revival style.
Rectangular base bearing life-size effigy. Canopy on 8 bronze spiral colonettes
with open leafy capitals. Stone trefoiled arches with leafy spandrels; bronze
cresting with quatrefoils.
Surrounded by railings with spear-head finials.
Grace Darling became a national heroine following the wreck of the steamship
Forfarshire on the Farne Islands in September 1838 when she and her father,
the keeper of the Longstone Lighthouse (q.v.) rowed out and rescued 9 survivors.