A Grade I Listed Building in Englefield, West Berkshire 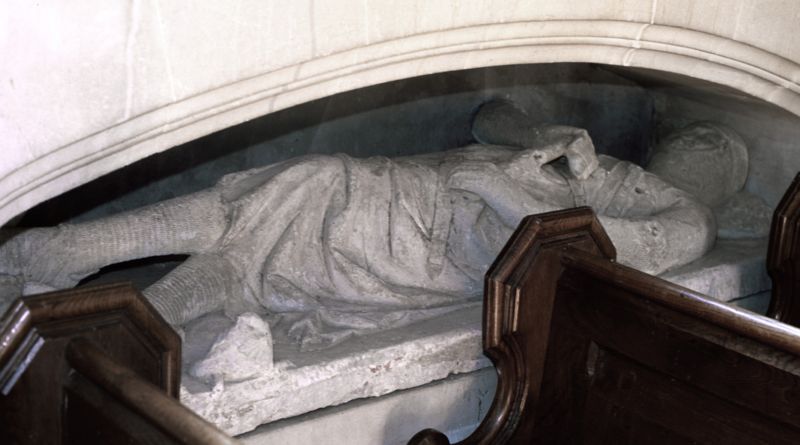 Monuments include: circa 1500 chest tomb in chancel to Thomas Englefield with quatrefoil panels, vaulted canopy, and brasses to east, possibly also need as Easter sepulchre; tablet in north chapel to John Englefield of 1605 and three figure, with tablet to Milburg Alpress of 1803 with kneeling woman and child by urn; large tablet in nave to the Marquess of Winchester of 1675 with poem by Dryden, and Gothic tablet to Richard Benyon of 1854; two arched recesses in south aisle with effigies of knight and Lady, and Berniniesque tablet to Mrs. Benyon of 1777 by Thomas Carter consisting of two women attending to collapsing lady, drapery behind and open segmental pediment above on brackets with cartouche in tympanum. Other monuments.