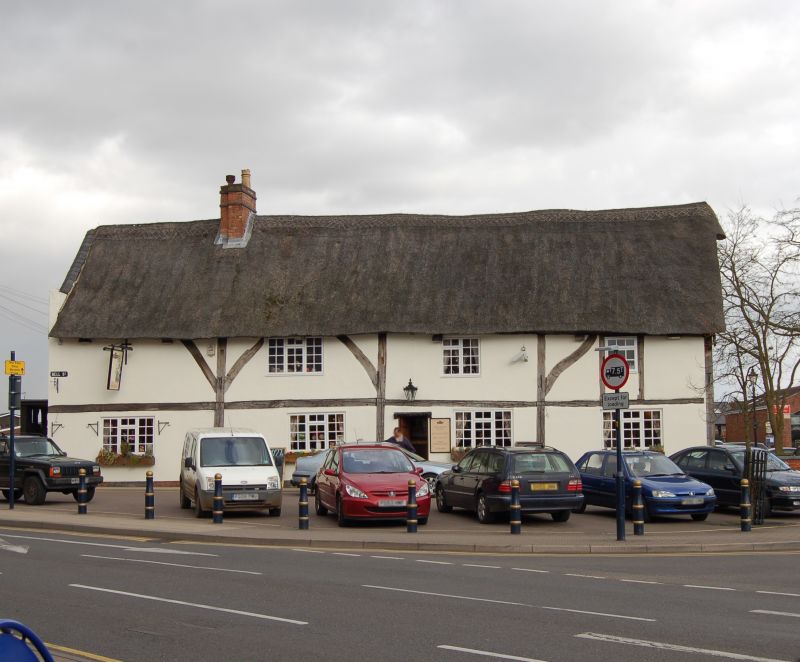 House, now public house. Early C16, restored in later C20.
Large square-panelled timber-framing with some curved braces
above, exposed with plaster infilling. Thatched roof. Range of
four units in series, The roof over two (possibly three) of
these units is smoke-blackened even though the partitions
between them are integral and rise through from ground to roof
apex; this suggests that the building originally comprised
various self-contained units, possibly workshops; 2 storeys
with stack to left end of ridge. Irregular fenestration of
three windows on first floor and four on ground floor, all C20
wooden casements. Boarded door to right of centre. Extensive
later C20 extensions to rear. Interior: ground floor much
altered; framed partitions survive as does the side-purlin
roof with curved wind braces, and queen posts over collar. At
the time of inspection smoke-blackened thatch still survived
on the underside of the roof, along with sooted principals and
rafters.