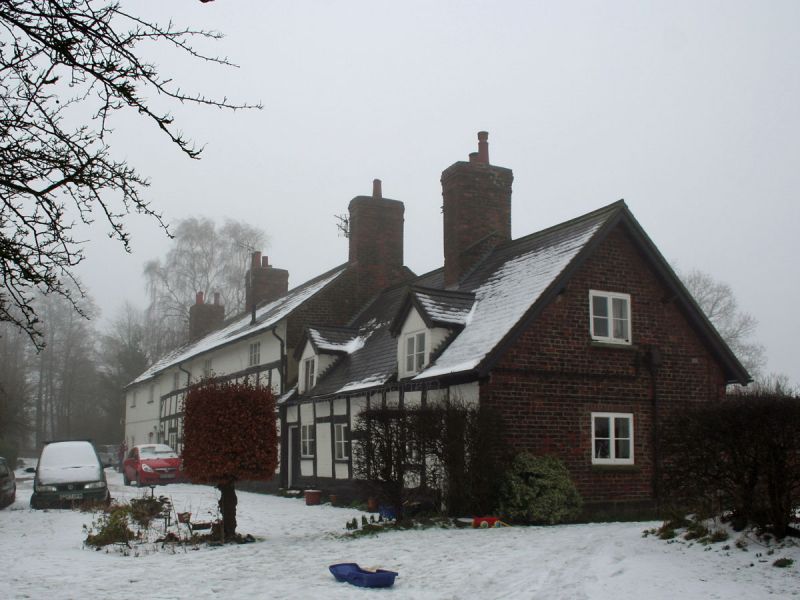 Formerly farmhouse and farmbuildings, later converted to 7 mill
workers' cottages: C17 with addition at east end dated 1721, late C18
alterations to cottages. Largely timber framed on stone plinth, with
additions at either end and raising of roof in washed brick. Welsh
slate and Kerridge stone-slate roof. 4 brick chimneys. Long
rectangular plan. 1½ and 2-storey 15-bay north front. Left 4 bays in
brick have a door at either end and 3-light casements all under
cambered brick heads. Remainder in small timber framing with some
angle bracing but central 6 bays have raised roof in brick. Has C20
3-light casements and board doors. 5 bays at right are the former
farmhouse which has casements and 2 board doors with 2 gabled dormers
above. East gable has date plaque reading HTJ 1721.
Interior: Not inspected.