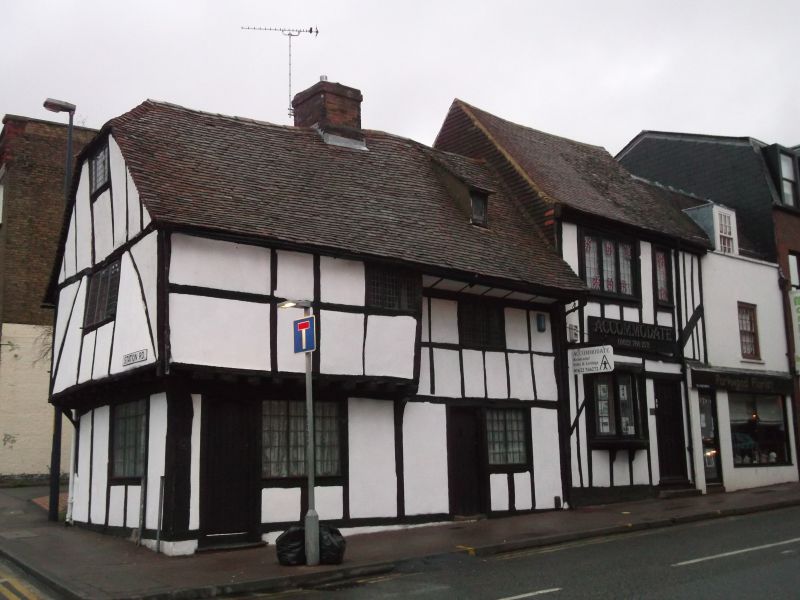 GV
II
A range of timber framed houses. Two storeys plastered fronts. The first floor of No 62 overhangs on a bressummer and brackets on both the south and west fronts. Tiled roofs. Six gables facing Faith Street, the westernmost one containing an attic window. Mainly casement windows but two sashes with glazing bars intact.

Group value with No 9 Waterside.