A Grade I Listed Building in Maidstone, Kent 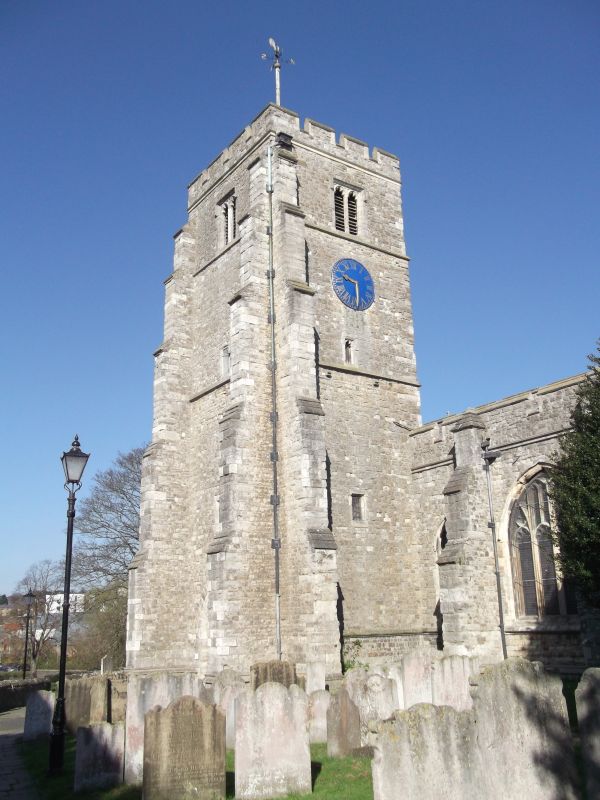 MAIDSTONE
MILL STREET (West side)
Parish Church of All Saints

GV
I
Begun in 1395 by Archbishop Courtenay as a Collegiate church and continued by Archbishop Arundel in 1396-1398, Perpendicular. Built of Kentish ragstone ashlar. Stone buttresses and crenellated parapet. South-west tower. The spire was struck by lightning in 1730 and never rebuilt. Six bay nave with clerestory and north and south aisles. Wooden roofs by Pearson 1886. The south chapel was originally the Chapel of the Fraternity of Corpus Christi. Credence and sedilia of four seats incorporating the monument of the First master of the college.

This is considered to be the grandest Perpendicular church in Kent.