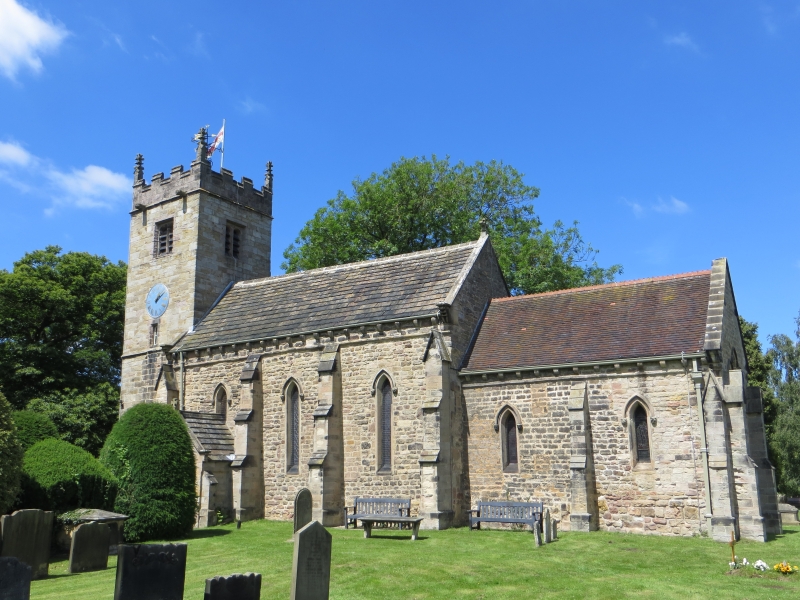 In the entry for the following:-

II
The grade shall be amended to read II* (star)

Interior: much altered though the C12 circular pillars to the aisle-arcade remain.
The rest is over elaborate C19 Early English with richly-moulded pointed arches to
arcade, chancel and tower arch. Two important pre-Conquest cross shafts, one
known as the Oswini Cross and claimed to be C7 and as such the 'oldest authentic
Christian monument existing in the North of England', but now thought to be slightly
later. This is carved with representations of the Apostles. the other is C9 or C10
and has intelace carving incorporating dragons and ruinic inscription in base.