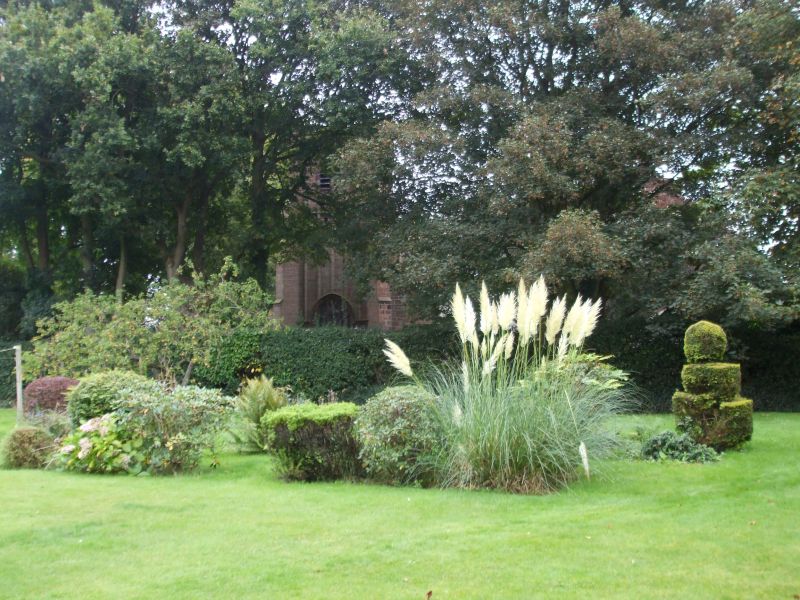 Studded board door with ornate furniture. Single lights to either
side and 4-light mullioned windows with basket arched heads on ground
storey and a similar window in gabled half-dormer with diaper work.
Remainder of original building preserves fenestration but addition has
larger windows. Incorporated to rear is an ashlar outbuilding with a
timber truss and an ornate tiebeam dated 1871.
Interior: 4-panelled doors in simple architraves. Plain stair with
rebated balusters.
Centre of Douglas's Village Green, formerly a public space isolated
from the road and forming a charming group.