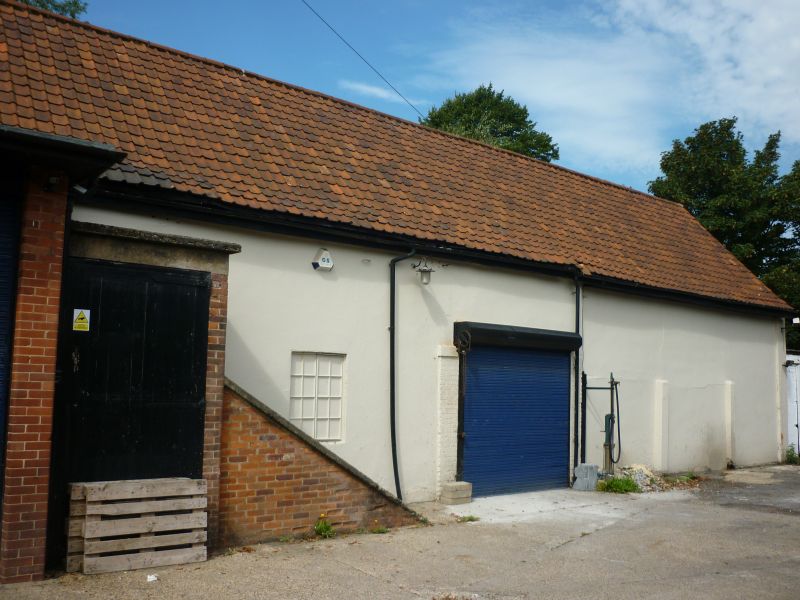 Vaulted wine cellars. Later C18, with some C19 and C20 modifications. red
brick, with some flared headers, in English, Flemish mixed bonds. On 3 levels
all underground, the upper level projecting further south towards the garden
boundary of Landsdale Cottage and Belstead Road, the lower level extending
further north towards Burrell Road, and formerly the river. Circa 180 feet in
length. The lowest level comprises a single range of vaults, the middle level
of both parallel and single ranges, the upper level a shorter parallel range.
Part partitions between bays, those to lowest level with semicircular headed
brick archways. Shallow brick vaulted roofs. Later brick side shelving at
intervals. The 2nd level was rendered during world war II for use as an air
raid shelter. Brick floors, except to lowest level which descends to natural
rock and sand. Brick spiral stair unites middle and lower levels. Blocked
lower level circular hole in floor. Access to vaults now through
superstructure. Evidence of further openings obscured by render. Said to have
a capacity of 157, 500 gallons of wine. It is possible that these vaults were
those built for Thomas Cartwright, winemerchant builder of Stoke Hall, now
demolished, in 1747. The above ground warehouses, formerly stables etc to
Stoke Hall, are not of special architectural or historic interest.