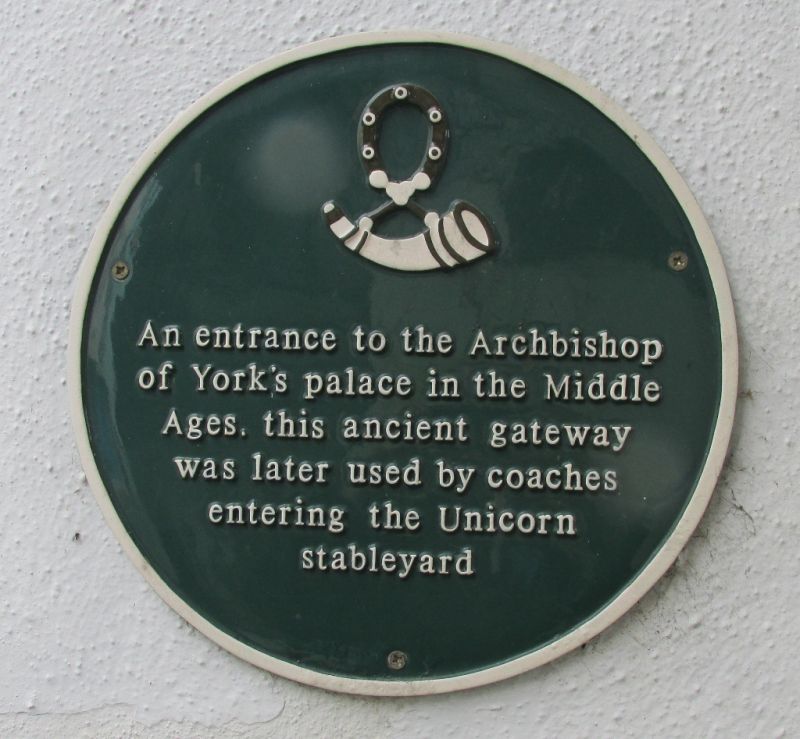 Mid-C15. Timber-framed. Stucco. Two storeys. Formerly 2 houses, although probably
nearly contemporary. West part has one bay: sliding sash with glazing bars on first
floor and mid C19 shopfront with panelled pilasters, roundels and moulded cornice.
East part has 2 bays, the eastern one with carriage entrance retaining the seating for
the hinge pin of one of the gates still in position in south-west corner, and pegs
from another seating in the south-east corner. Above the entrance 2 arch braces from
the bressummer to the principal posts are exposed: one tiny window. The other bay has
a sliding sash with glazing bars on first floor, and a sash on the ground tioor.

Two fine roof trusses (clearly numbered 2 and 3) still survive in the eastern part:
cambered tie beams, crown posts and braces from the head of the crown post to the
outer ends of the tie beam (rather similar to the exposed framing over the carriage
entrance). The western part originally had a jettied first floor (bracket for the
jetty surviving as it is cut in one with a surviving post); but the front was
subsequently extended a few feet, evidently before 1797 when it was illustrated in
J M W Turner's drawing of Kirkgate (British Museum), though without its present mid
C19 detailing.

History. Built as a gatehouse, presumably to the palace of the Archbishops of York,
which almost certainly occupied the area just to the north.