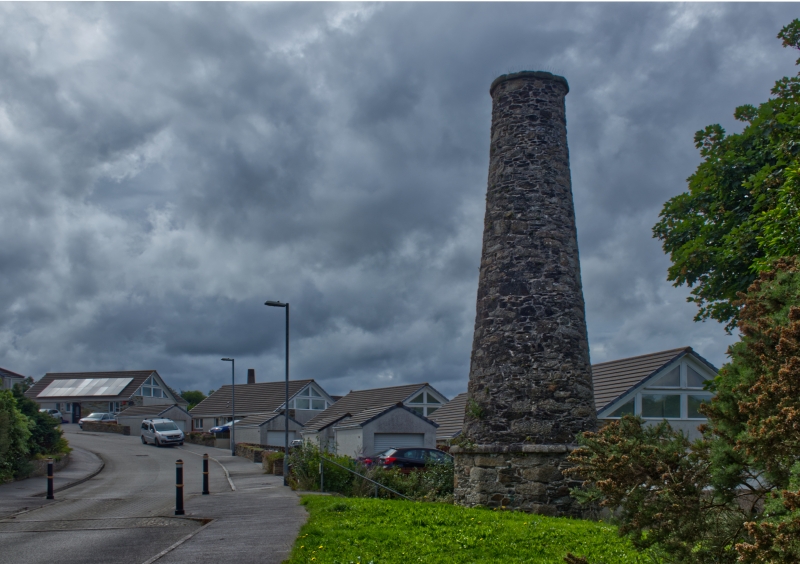 Chimney to former pumping engine house disused 1834-1842. Squared coursed granite base and coursed granite rubble shaft. An octagonal base with vertical sides to a thin string course beneath a battered rubble shaft. The former brick top section has been removed. HISTORY: The chimney is the last surviving part of the Wheal Tehidy mine, which worked from 1834 unti1 1842 and again from 1851 to 1864. The base is a distinctive architectural feature not widely found on Cornish engine houses and the chimney occupies a prominent position with the nearby stacks of the former East Pool and Wheal Tolgus mines contributing to this important industrial landscape.
Cornish Sites and Monuments Record No77 Morrison TA. Cornwall's Central Mines. Northern District. 1980. p115