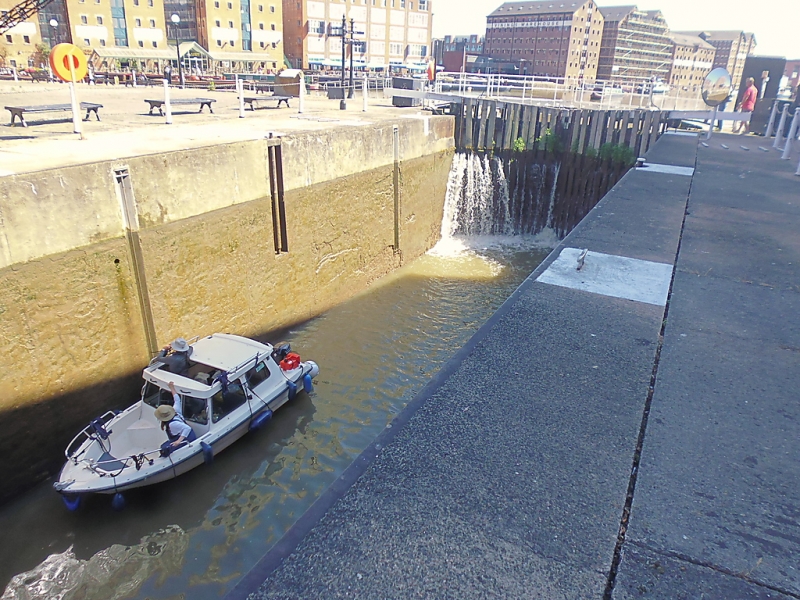 Lock linking the Main Basin of the Docks with the River
Severn. Completed 1799 as a two chamber lock in a staircase.
By Robert Mylne, architect and engineer, and James Dadford,
resident engineer, for the Canal Company. Remodelled 1892 as a
single chamber for the company and the River Severn
Commission. Concrete-lined lock basin with ashlar coping on
each side, at each end timber double gates carrying
footbridges, the gates formerly operated by timber balance
beams reinforced with iron girders, later by hydraulic paddle
gear. Separate flood gates fitted at north end of lock.