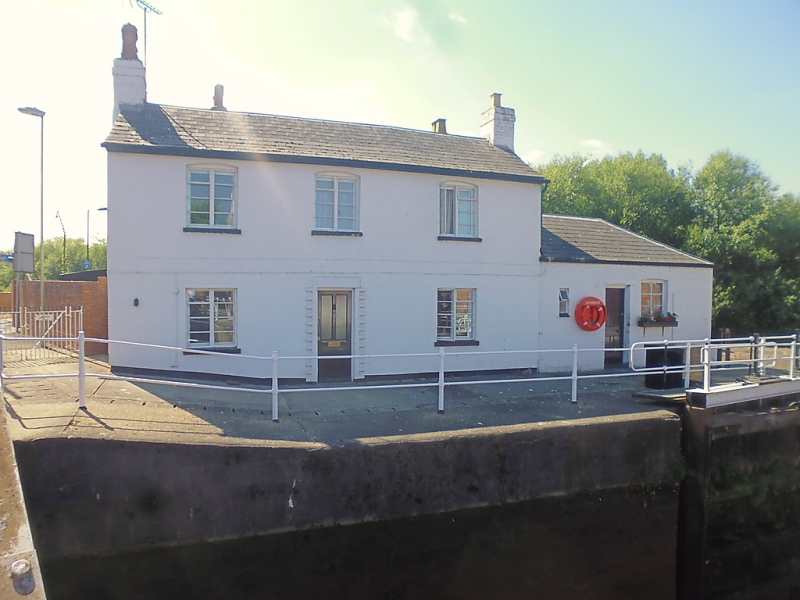 Lock keeper's cottage. 1826, with later C19 back range and
single storey extension. Built at the north end of the lock on
the west side facing the lock. Brick rendered on front and
sides, slate roof with gable-end stacks. Double-depth block,
including later C19 extension, with parallel roofs; a single
storey extension at the north end of the front range with
hipped end roof.
EXTERIOR: two storeys; the front has entrance doorway framed
by a raised surround of long and short bricks to the jambs and
a flat arch and a double casement with horizontal glazing bars
to either side; on the first floor similar casements in
openings with segmental arches. All the window openings with
projecting sills. 2-window rear elevation to later C19
extension, with segmental arches over mid C20 central door and
late C19 2/2-pane sashes. North range has segmental arch over
mid C20 window to right of 4-panel door; narrow
segmental-arched windows to rear.
INTERIOR: not inspected.
An historically important part of a very significant group of
buildings at Gloucester Docks.