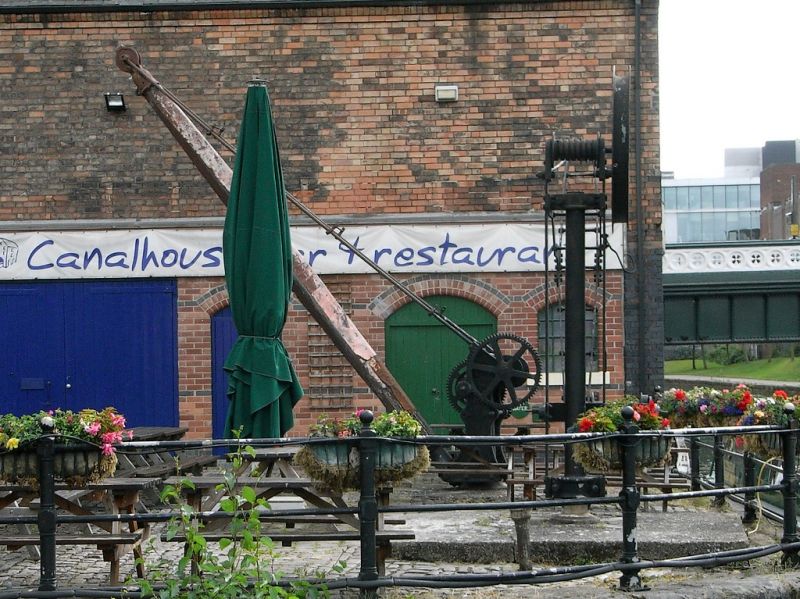 Two wharf cranes. Late C19, the left one probably resited
1980-1. Left crane, steel and cast-iron, has a swivelling
upright column with a curved jib attached to its foot and
secured by stays. The column has a windlass near the bottom
and a large cast-iron pulley at the top.
Right crane has a cast-iron swivel base with geared windlass
and tapered square wooden jib secured by iron stays. Both
cranes are hand operated.
Cranes of this type were in common use in the late C19 at
canal wharves, railways and docks for handling small loads.