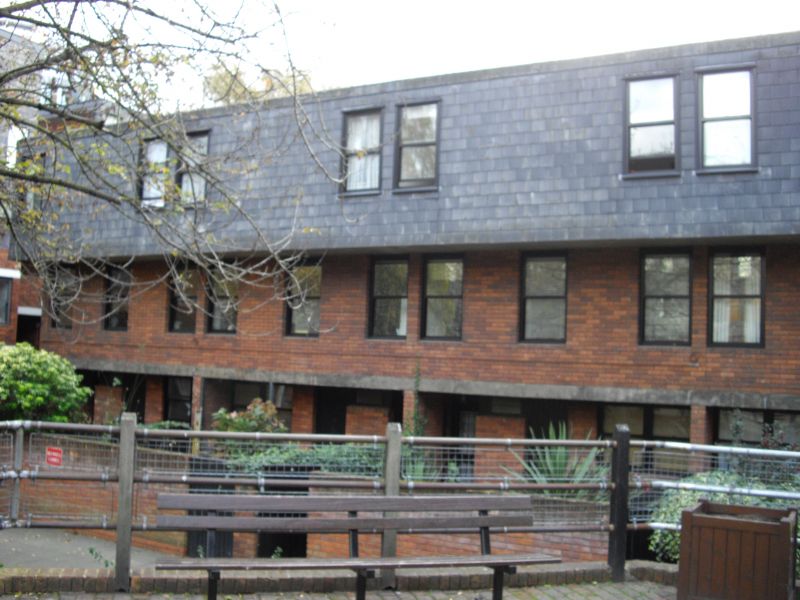 Terrace of eight maisonettes. 1969-72 by Darbourne and Darke for the City of Westminster. Red brick walls with concret slab floors, exposed as painted bands, and roof. Roof clad in asphalt or felt with chippings, with distinctive mansard of artificial slate and metal edges. Complex scissor plan blocks, with maisonettes to east and west behind walled gardens, nos.1-4 with extra kitchen dining room set under the bedrooms of both ranges, nos. 5-8 set behind with living room and kitchen on ground level, and the living room to nos. 1-4 above. Aluminium sash windows in black stained timber surrounds, with black doors, some partly glazed. The garden walls are an integral part of the design, which forms the low centrepiece of this area of the estate. Interiors not inspected.