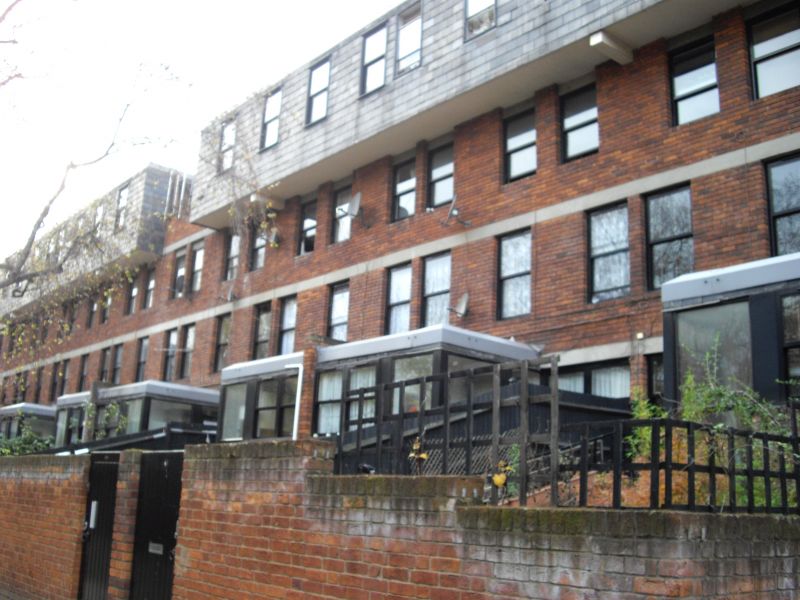 Block of 103 flats over basement garage. 1969-72 by Darbourne and Darke for the City of Westminster. Red brick walls with concrete slab floors, exposed as painted bands, and roof. Roof clad in asphalt, with slab roof deck, with distinctive mansards of artificial slate and metal edges. Slabbed walkways and concrete and brick steps. Complex scissor plan blocks, with maisonettes to front and back behind walled gardens, those to the south (nos. 1-21) set lower with extra kitchen and dining room; those to rear set over basement garage. Living rooms to both ranges set above each other, as are the bedrooms behind. Above them one bedroom and studio flats (nos. 41-103) set off roof-top `street in the sky', some reached via external stairs, the larger units on two levels to north side and with internal stairs. Five and six storeys high. Links to west with the transformer station (already listed grade II*) and to east a large upper patio links to Thorndike House (q.v.). Flats 1-21 are set behind projecting garden room of glass and timber, into which the front door is inserted on one side. Black stained timber windows to all flats. Garden walls to front and back are an important part of the complex composition. Interiors not inspected.