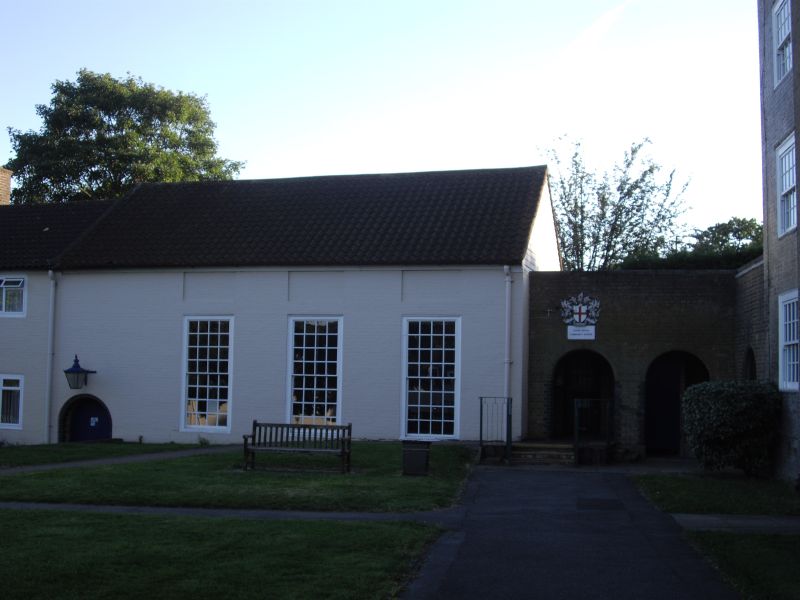 Community centre. 1955-7 by Donald McMorran of Farquharson and McMorran, with Peter Nuttall as assistant, for the Corporation of the City of London. Brick construction, colourwashed, with pantiled roofs. The public hall is the same height as the two-storey houses, and was designed to seat eighty people. Three tall sash windows to front, with round-arched door under lamp to side. Round-arched openings in retaining wall to right, turning corner to join the hall to the long range of flats on the west side of the green. Interior with panelled dado and wood-block floors.
Donald McMorran is slowly becoming recognised as one of the most significant architects to work in a traditional style in the 1950s. What makes him stand out from other traditionalists was his willingness to tackle progressive building types like public housing and schools while sticking to the old values of composition, proportion and texture. This puts him in closer to Giles Scott than to Erith. He also owed much to Vincent Harris, for whom he worked between 1927 and 1935. This is the smallest but finest of four housing schemes by McMorran, two of them for the City Corporation. The community hall, set into the corner and linking No. 39 with the larger block of flats, plays an important part in enclosing the group on its south-west side.