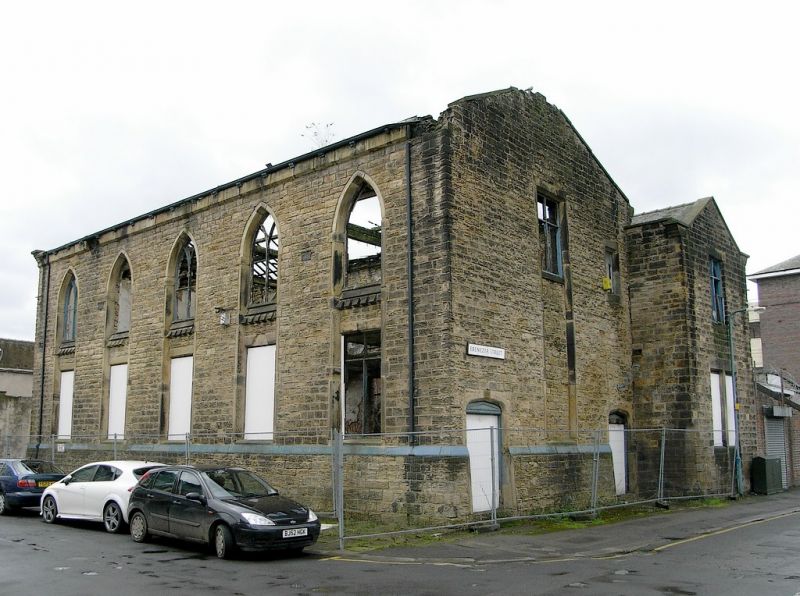 EXTERIOR: plinth, string courses and sillbands, crenellated parapet. Octagonal corner piers, carried above the parapet, with flat caps. Two storeys; five x six windows. Windows are traceried three-light pointed arch windows with hoodmoulds. Main body with west tower porch and flanking lobbies. West end has central tower porch with octagonal corner piers and a latticework band between floors. On each side, a single window. Beyond, on each side, two windows. Below, central chamfered pointed doorway with hoodmould and above it, a round window. On either side, a single storey lobby, now used as a showroom, with octagonal corner piers and parapet. Three large single pane C20 windows, with stone mullions between them. Each return has a similar window with toplights. Main body has on each side, six windows on each floor. The two lower north-west windows are covered by a late C19 addition. Late C19 additions have steep pitched slate roofs with coped gables. North-east addition, single storey; four window range.