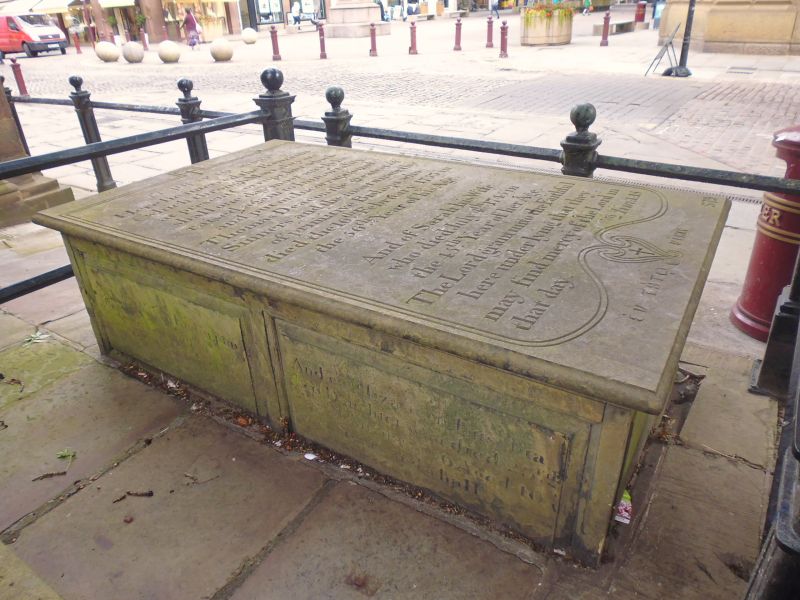 Tomb chest. Mid C18. Commemorates Thomas Deacon (d.1755), and
Sarah his wife (d.1745). Sandstone. Rectangular lid with
scored double-line margin raised over a cross at the head and
scrolled and decorated at the foot, surrounding an inscription
(headed by one line of foreign characters):
"Here lie interred the Remains
(which through Mortality are
at present Corrupt but which
shall one day most surely be
raised again to Immortality
and put on Incorruption of
Thomas Deacon the greatest of
Sinners and the most unworthy
of primitive Bishops, who
died the 16th February 1755 in
the 56th Year of his Age"
Followed by commemoration of Sarah his wife, and a scriptural
quotation.