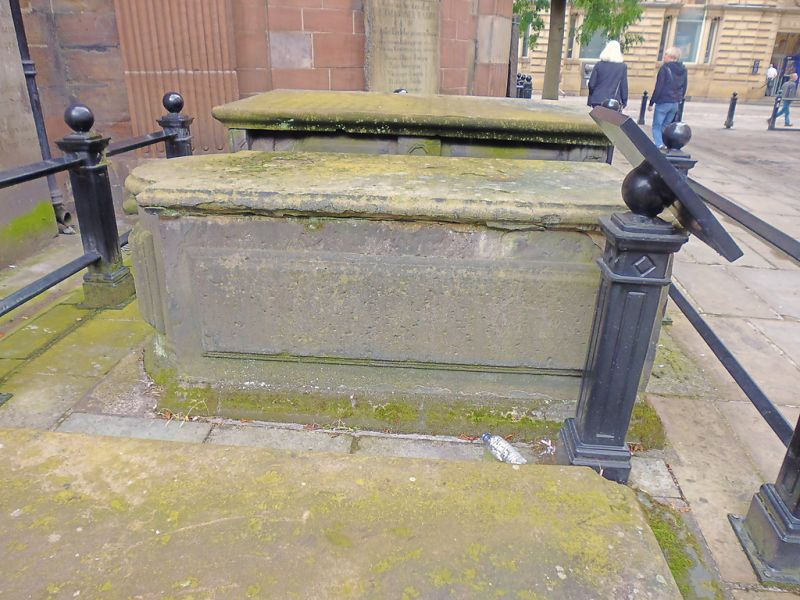 Tomb chest. Probably later C18. Commemorates Joseph Boardman
(d.1755), Martha his wife (d.1746), and 13 of their children
(died at various dates from 1722 to 1753). Sandstone. Raised
side and end panels, shouldered lid with moulded edge, a
6-line inscription at the head, followed by inscriptions in 3
vertical columns: names in the first, "Son" or Dau" in the
second, and dates in the third, the columns separated by
double-scored brackets, between the first pair of which is the
single word "their", and between the second "bur.d" . No ages
given. Surface slightly flaked; later inscription of figure
"439" in bottom right-hand corner.