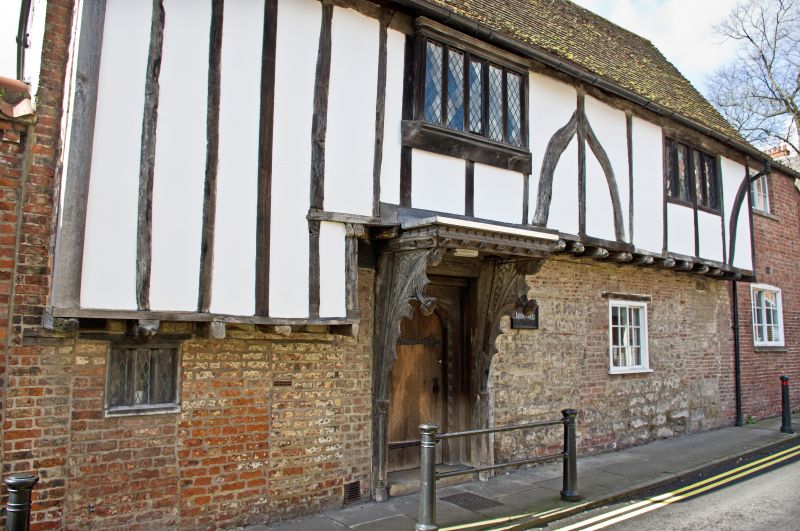 House, now parish room of Holy Trinity Priory Church,
Micklegate (qv). Late C15; possibly extended in early C16, and
hall floored in C17; wing raised and further extended in early
C19. Restored and altered in 1905, including reconstruction of
late C15 canopy over door; restored 1991, including removal of
additional storey and construction of new roof to wing.
Restoration and alterations of 1905 by Walter Harvey Brook;
restoration of 1991 by Peter Marshall, Architects, of York.